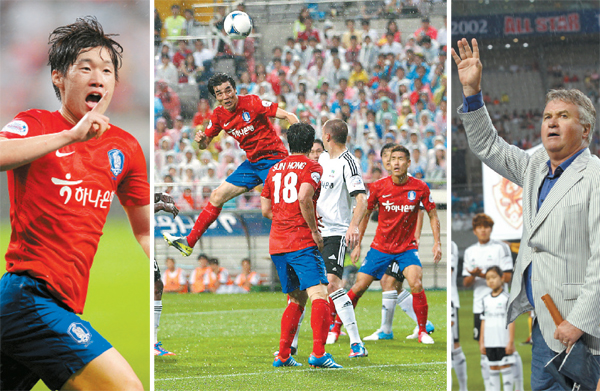 The Taegeuk Warriors from the 2002 FIFA World Cup reunited last night during the K-League All-Star Game. From left, Park Ji-sung of Manchester United celebrates after scoring Team 2002’s second goal to bring the score to 3-2; defender Choi Jin-cheul heads the ball toward the net; Dutch manager Guus Hiddink waves to fans at the start of the match. [NEWSIS/YONHAP]