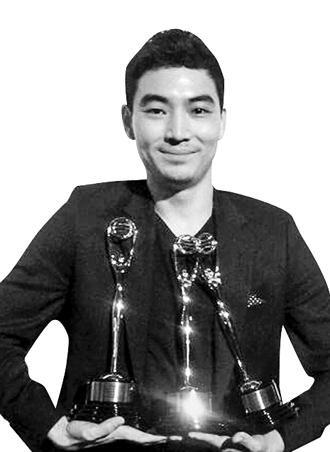 One track in the iTunes music store has drawn interest for its unprecedented twist.

Downloadable for 99 cents through iTunes, the track is eight seconds of silence.

Titled “The Steve Jobs Moment of Silence,” each second represents one of the years the Apple founder lived with pancreatic cancer until the disease took his life last October.

The track is a part of an 80-second-clip that begins with a recap of the life of the revolutionary thinker. It then shows a person listening to an iPhone with wallpaper of Jobs’ silhouetted face, playing the eight-second song.

The work was directed by a Korean named Kim Hyui-yong, a student at School of Visual Art (SVA) in New York. With “The Steve Jobs Moment of Silence,” which pays respect to the man who profoundly changed the way people across the world live and communicate with others, Kim was recognized by three renowned annual international advertising festivals this year, winning first place at the One Show Festival and the silver prize from the Clio Awards and Art Directors Club.

Advertising experts say Kim’s work deserves applause because he was honored by organizations where professionals compete and he is still a student.

Kim did not start off in college studying advertising.

He left the University of California at Santa Barbara as a philosophy of law major, then flew to New York seeking advertising. His parents, who sent him to the United States to study in his early teens, scolded him when they belatedly found out that he had quit school.

Mindful of the disappointment his parents must have felt, Kim poured his energy into his studies at SVA.

“I think I have slept less than 10 hours this week because I have so much work to do,” the multiple-award winner told the JoongAng Ilbo.

Kim said he plans to return to Korea and become a “real advertiser,” saying “the power of advertising could really change the world.”

“I wish to bring positive effects to people who watch my work, who knows if those effects will culminate in changing the world?”

Kim will donate all profits generated from downloads on iTunes to several pancreatic cancer research organizations listed on the track’s official site at SteveJobsMomentofSilence.org.