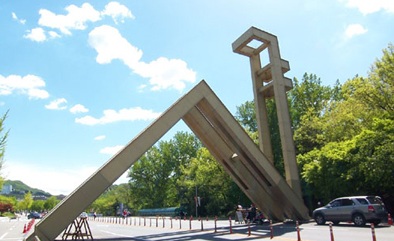 The opposition Democratic United Party will push ahead with adopting the University of California model in its plan to incorporate nine national universities into Seoul National University, the country’s most prestigious educational institution.

“The plan is different from what had previously been reported as the ‘SNU-termination pledge.’ It is, in fact, an expansion of SNU,” Lee Yong-sup, chief policy maker of the DUP, told the JoongAng Ilbo yesterday.

Lee said the plan is modeled on the California system, which has 10 campuses throughout the state.

Under the plan, nine national universities would join the SNU system. Kyungpook National University would be renamed SNU at Kyungpook Campus, with other schools following suit.

Also included in the plan are Chungbuk, Kangwon, Jeju and Pusan national universities.

The DUP lawmaker said there would be three stages in implementing the reform plan. In the first, exchange of curriculums, credits and professors would be accepted. In the second stage, the SNU system would jointly recruit students and award diplomas. The expansion of the alliance to include national universities beyond the initial 10 schools would occur in the final phase.

Criticism has been mounting that the DUP proposal would only intensify the already-fierce competition to get into private schools because SNU would inevitably become less desirable due to the integration process.

“With the half-tuition system introduced, which the party is also pushing for, students will eventually opt for the reformed alliance,” said Lee. The policy making committee of the opposition party will hold a discussion around July 18 to decide whether or not to adopt the plan as part of its December election platform.