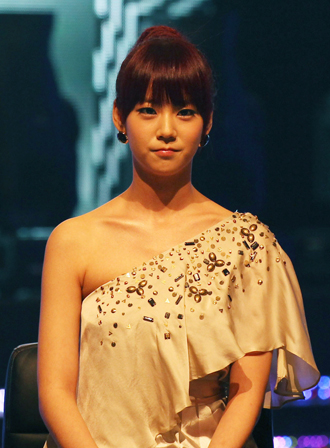 Han Seung-yeon from girl group KARA has been hospitalized following bouts of dizziness and signs of anemia on Saturday.

Just a day ahead of the group’s promotional event for its fragrance line, Han was admitted to a hospital in Gangnam District, southern Seoul.

The agency of the girl group has canceled all of Han’s planned activities as she seeks treatment. She did not accompany the four other members of the girl group on their trip to Singapore, which began yesterday.

Of late, the 23-year-old singer has been complaining of migraines and her symptoms seem to have worsened over time.

“I’m so sorry that I wasn’t able to keep my promises to my fans abroad,” the singer said.

“I tried my best to recover while getting treatment, but I guess things don’t exactly work out the way you want.”

Han vowed to rest and recover quickly so that she could be back on stage as soon as possible.