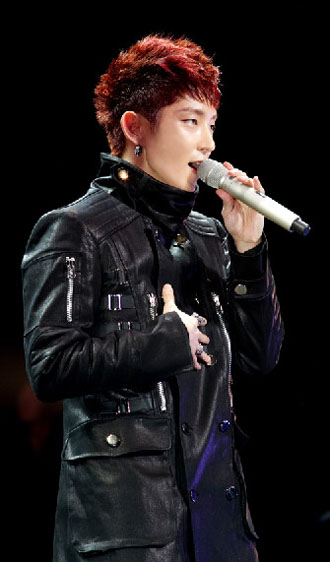 Hallyu actor Lee Joon-gi’s DVD of his Japanese fan meet has landed at No. 1 on the Oricon chart.

The disc entitled “Coming Back” topped both the General DVD as well as the music DVD charts on Saturday.

The fan meet took place to mark Lee’s release from the Army as well as his album’s release back in March. The tour made stops in the Japanese cities of Nagoya, Yokohama and Osaka with more than 18,000 fans attending. During the tour, Lee had said that it was “a dream come true” to be reunited with his devoted followers. Since being discharged in February, Lee has catapulted back into fame, especially in Japan. His single made it onto Oricon’s weekly top 10 chart in April.

Lee is currently busy filming the MBC drama “Arang and the Magistrate,” which will begin airing in the middle of the month.

Ahead of filming, Lee said that he was psyched about the new show starring himself and Shin Min-a.

“During my time in the military, I was inspired by the works of my peers,” Lee said.
By Carla Sunwoo