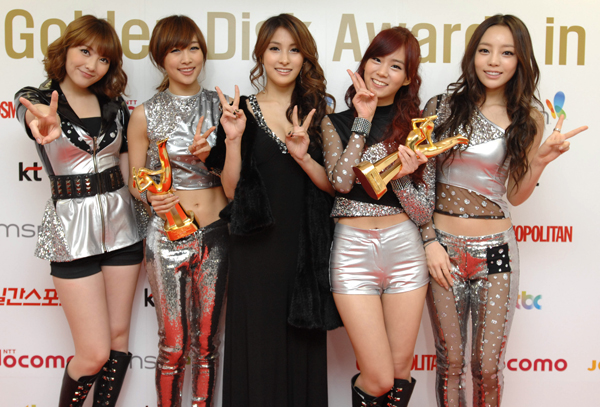 
Korean girl groups are rising to prominence abroad with KARA ranking high in a survey of Japanese teen girls’ favorite entertainers. KARA was ranked sixth in a “Power Ranking” survey commissioned by Nikkei Entertainment. Japanese boy groups were in first through fifth place. Youth who participated were asked what entertainers they liked best.

From a tally of videos uploaded by foreign Hallyu fans of themselves dancing, 55 of the songs were by Girls’ Generation. The videos were submitted starting April 26, and more than 1,350 teams from 50-plus countries took part.

Those who pass first round will compete against teams in their regions. Finalists will be invited to the festival in September in Gyeongju, North Gyeongsang.
By Carla Sunwoo