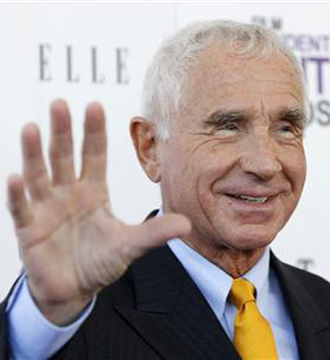 LOS ANGELES- A judge on Wednesday granted Zsa Zsa Gabor’s husband temporary conservatorship of her affairs, ending one chapter in a legal battle over the 95-year-old actress who has been in failing health for more than two years.

Los Angeles Superior Court Judge Reva Goetz appointed Prinz Frederic von Anhalt, 69, as Gabor’s conservator for six months and set a January 9 hearing to evaluate his administration. In a declaration submitted to the court, Dr. Debra Judelson described Gabor as being “bedbound, unable to hear or see clearly, unable to respond or answer questions, becomes agitated when outside of familiar environment.”

Gabor’s daughter, Constance Francesca Gabor Hilton, filed a court petition in March seeking conservatorship after learning her mother’s home was in default over missed mortgage payments and that von Anhalt had obtained a large loan using equity in the house, according to a statement from Hilton’s attorney.

Gabor’s real estate holdings are worth more than $10.6 million, according to her only daughter, who is 65 years old. Reuters