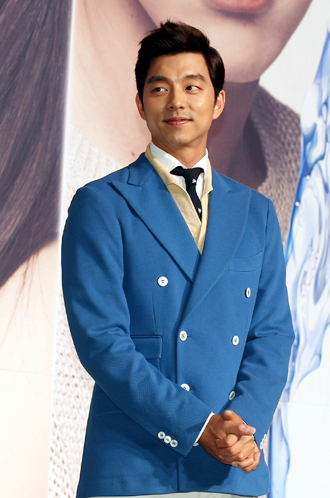 Gong Yoo has a big month ahead in Japan. Just as his latest drama “Big” comes to an end in Korea, the romantic comedy, which tells the story of two people switching bodies, will begin airing in Japan from Aug. 3 via CSTV.

Then on the following day, Gong’s hit film “The Crucible” (2011) will open in cinemas there. Such a combined premiere is rare, and so Gong’s agents believe his popularity will soar in Japan.

Just in time for the two releases, Hallyu magazine Kanstyle dedicated the cover and 22 pages of its latest publication to the star.

The special feature on a single individual is a first for the magazine.

To celebrate Gong’s return to TV after a five-year hiatus, the magazine focused on what the 33-year-old star has been doing since “Coffee Prince” (2007).

“When we say Gong Yoo, people think of ‘Coffee Prince.’ It was loved in Japan but we expect his new drama ‘Big’ to surpass the fame of ‘Coffee Prince,’” said Kim Jin-hee, the editor at Kanstyle.