Huh Gak is hospitalized after a fall

Huh Gak is hospitalized after a fall 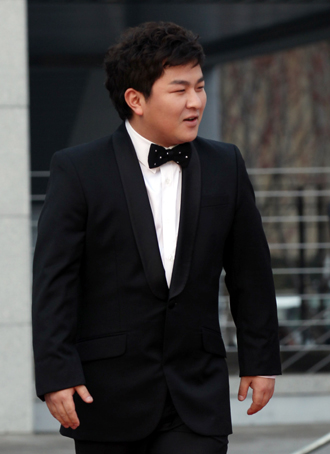 Huh Gak has injured his right Achilles tendon and will have to take off work after being admitted to a local hospital.

A Cube Entertainment representative told local media yesterday that the star was hospitalized on Wednesday after falling over and landing on his ankle earlier in the month.

“At first we didn’t think much of it, but he kept complaining that the pain was persisting, so we got it checked out,” said the agency spokesperson.

According to the doctor, the tear is serious enough to keep the singer in the hospital.

“As it was possible to fit treatment into his schedule, we decided it would be best if he stayed for about a week,” the agency said.

Currently, the signer is reportedly wearing a cast at the hospital.

Once released, Huh will go back to working on his new album, to be released in early September.

Huh made his debut in 2010 through the singing-survival show “Super Star K.”
By Carla Sunwoo