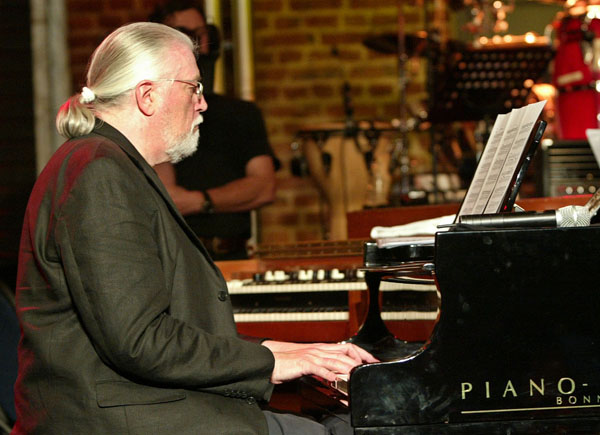 
LONDON - British rocker Jon Lord, the keyboardist whose powerful, driving tones helped turn Deep Purple and Whitesnake into two of the most popular hard rock acts in a generation, died Monday. He was 71.

A statement on Lord’s official Web site says the Leicester, England-born musician suffered a fatal pulmonary embolism in London after a long battle with pancreatic cancer.

“Jon passed from Darkness to Light,’’ the statement said.

Lord co-wrote some of Deep Purple’s most famous tunes, including “Smoke on the Water,’’ and later had a successful solo career following his retirement from the band in 2002. The statement posted on Lord’s Web site said he died “surrounded by his loving family.’’

Emily Freeman of The Agency Group, which represented Lord for all his live concert work, confirmed the news in an e-mail.

Tributes to Lord flooded Twitter, with artists such as Rage Against the Machine’s Tom Morello and Toto’s Steve Lukather expressing sadness over his death and praising his musical contributions.

Earlier this month, Lord canceled a performance of his Durham Concerto in Germany for what his Web site said was a continuation of treatment. He had told fans last year that he was fighting cancer.

After moving to London to attend drama school, he joined blues band the Artwoods in 1964 and later toured with The Flowerpot Men - known for their hit “Let’s Go To San Francisco’’ - before joining Deep Purple in 1968.

Deep Purple - which featured Lord along with singer Ian Gillan, guitarist Ritchie Blackmore, drummer Ian Paice and bassist Roger Glover - was one of the top hard rock bands of the 1970s. Influenced by classical music, blues and jazz, Lord took his Hammond organ and distorted its sound to powerful effect on songs including “Hush,’’ “Highway Star,’’ “Lazy’’ and “Child in Time.’’ AP