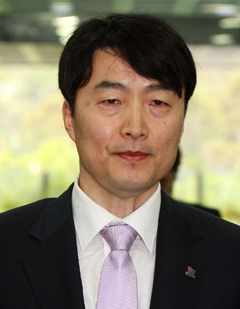 The Gwangju District Prosecutors’ Office said yesterday it found a manual describing how to fake calculations of campaign expenses to increase government reimbursements.

Prosecutors had raided a public relations company, CN Communications founded by embattled lawmaker Lee Seok-gi of the Unified Progressive Party, on charges of faking its financial statements since 2005 to get more reimbursements from the election commission.

The manual shows a list of campaign activities that are reimbursed and others that are not.

“The manual contains guidelines directing employees to discard expenditure statements containing real expenses spent on a campaign while producing inflated statements to be submitted to the National Election Commission for bigger reimbursements,” said a prosecutor involved in the probe.

The investigators said Lee signed financial statements, including records of transactions as low as 10 won ($0.0087). The prosecutors are expected to summon Lee for questioning as early as next week.

From analyzing the expenditures of nearly 20 campaigns the company managed, prosecutors said all the reimbursements were inflated.

Lee is de facto leader of the UPP’s largest faction, the so-called Gyeonggi Dongbu Alliance, made up of former student activists from the 1970s and 1980s. The faction has been embroiled in a rigged primary scandal since April.

The prosecutors are looking into every campaign managed by Lee’s company, which was begun in 2005 as CNP Strategic Group.

The company has managed campaigns for Kwak No-hyun, superintendent of the Seoul Metropolitan Office of Education.

Lee denied the allegations through his lawyer. “Accusations of fraudulent campaign expenditures are not true,” he said.