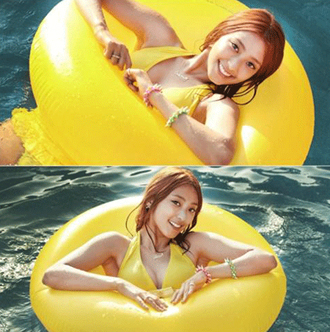 The girl group members took part in games and spoke candidly with the cast members for the summer special show, which was filmed off the coast of the East Sea.

“The guys went wild when Bora appeared; they welcomed her wholeheartedly,” said a spokesperson from the KBS show.
To the disappointment of the seven regulars, Bora did not stay overnight with them, but nevertheless said she had a good time.
The episode will air on July 22.