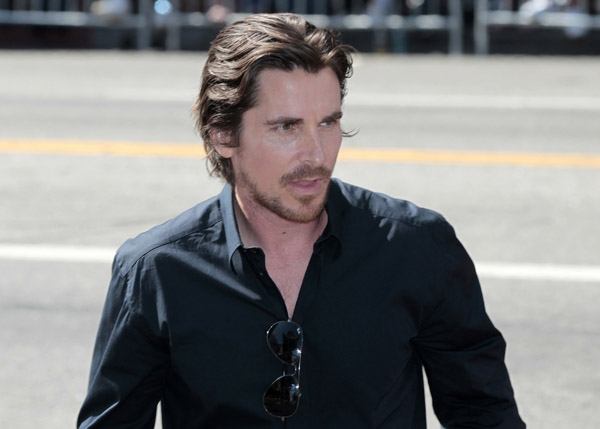 NEW YORK - “The Dark Knight Rises’’ star Christian Bale said Saturday that his heart goes out to the victims of the Colorado shootings, a tragedy that brought Hollywood studios together in a rare show of solidarity as they opted to give the weekend box-office competition a rest.

“Words cannot express the horror that I feel,’’ Bale, who plays the caped crusader in the film, said in a statement. “I cannot begin to truly understand the pain and grief of the victims and their loved ones, but my heart goes out to them.’’

Warner Brothers announced Friday that it would forgo the usual revenue reports until today out of respect for the victims and their families in the Aurora, Colorado, shooting that killed 12 and wounded 58 at the midnight show of “The Dark Knight Rises’’ earlier in the day.

Sunday box-office estimates are a weekly routine for Hollywood, with studios jostling for bragging rights as the No. 1 movie and always aiming to break revenue records.

Before the shooting in an Aurora, Colorado, movie theater at a midnight screening of the new Batman film, the box-office performance of “The Dark Knight Rises’’ had been eagerly anticipated. The film is expected to be among the most lucrative movie openings and possibly contend with the record $207.4 million brought in by “The Avengers.’’

But that now appears unlikely, even though “The Dark Knight Rises’’ earned $30.6 million from midnight screenings alone. Hollywood trade publications Variety and Hollywood Reporter reported estimates of roughly $75 million to $77 million for the film on Friday, based on box-office insiders. That would put it on track for somewhere around $165 million for the weekend. Such a total would be the second highest weekend opening ever, after “The Avengers.’’

Warner Brothers rushed to react to the tragedy, immediately canceling a Friday night premiere in Paris. On Saturday, it also canceled the other remaining red-carpet extravaganzas in Mexico City and Tokyo.