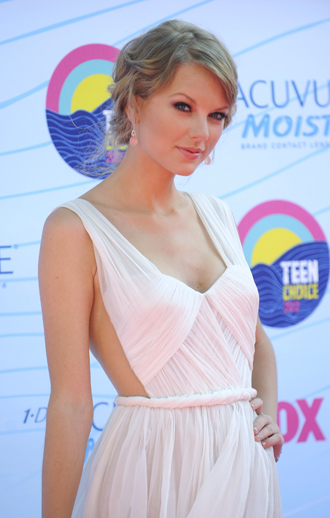 LOS ANGELES - “The Twilight Saga’’ is going to need a bigger garage.

It was announced at Sunday’s Teen Choice Awards that the supernatural franchise has won 41 surfboard-shaped trophies since 2008, including two awards earned this year for the penultimate film installment, “The Twilight Saga: Breaking Dawn - Part 1.’’

“Twilight’’ stars Kristen Stewart, Robert Pattinson and Taylor Lautner were on hand to pick up this year’s batch of honors, which included the ultimate choice award, the teen-fueled show’s version of a lifetime achievement award.

“It’s amazing you guys are still around and just as strong and just as loyal,’’ Lautner said over screams from the crowd.

Stewart was honored as the choice romance movie actress for “Breaking Dawn -Part 1’’ and as choice female summer movie star for “Snow White & the Huntsman.’’

Other multiple winners included the movie “The Hunger Games,’’ actress Emma Stone, TV show “Pretty Little Liars,’’ the British boy band One Direction, CW show “The Vampire Diaries,’’ and singers Justin Bieber and Taylor Swift, who picked up her 20th trophy, the most ever won by a female artist.

“I just feel so honored that I get to have you guys in my life,’’ a beaming Swift told fans. Swift won five awards Sunday: choice female artist, female country artist, single by a female artist for “Eyes Open,’’ country song for “Sparks Fly’’ and choice movie voice for “Dr. Seuss’ The Lorax.’’

Host and new “The X Factor’’ judge Demi Lovato said 134 million votes were cast for the 14th annual awards, which honor film, TV, music and sports stars in such silly categories as choice hottie, villain, lip-lock and hissy fit. Bieber performed his tune “Boyfriend’’ and surfed away with five boards, bringing his Teen Choice Awards total to 12 trophies. His girlfriend and birthday girl Selena Gomez won the choice music group trophy and was presented with a cake and rendition of “Happy Birthday’’ from the crowd inside the Gibson Amphitheatre. AP