Some spot glimmers of reform under Jong-un

Some spot glimmers of reform under Jong-un 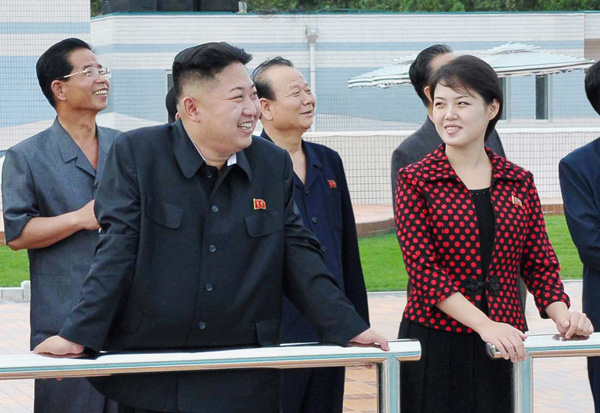 North Korean leader Kim Jong-un and an unidentified woman with whom he has been seen several times recently visit the Rungna People’s Pleasure Ground in Pyongyang in this undated picture released by KCNA yesterday. [REUTERS/YONHAP]

“Pyongyang reportedly is giving more autonomy to companies and opening its market in preliminary ways to overseas companies,” a South Korean government official told the JoongAng Ilbo on the condition of anonymity on Tuesday. “What that means is that they will allow companies, factories and collective farms to sell products on their own, and the government can only purchase their products at market prices.”

The Kim Jong-un regime has been considering these reforms for some parts of the economy from the beginning of the year, the official said.

“If they judge that it works, they could possibly expand the system across the country starting from October,” he said. 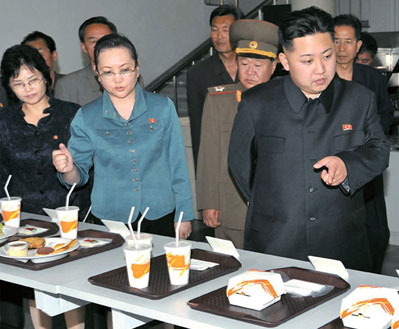 It’s been 10 years since North Korea announced a package of economic management reforms. On July 1, 2002, Pyongyang raised wages of workers and some autonomous management of companies was allowed.

“Ten years ago, the July 1 economic reform measures failed because of insufficient raw materials and infrastructure,” a South Korean government official said. “This time, the economic reform will also be difficult if they still refuse inter-Korean cooperation or food aid.”

South Korean government sources told the JoongAng Ilbo that the regime could possibly open its market a bit further.

“Recently, many people became less hostile against opening the market after some foreign companies, such as the Orascom Telecom, an Egyptian mobile phone provider, succeeded in the North,” the official added. “Based on this experience, they could open their market more.”

Analysts in the South say new leader Kim Jong-un has tried to do things differently from his father.

In his first public announcement in April, Kim said he “won’t let people tighten their belts” through hunger.

That was apparently a distinction from the first speech of his father, the late leader Kim Jong-il, which had the sentiment: “My ideology is red. Don’t expect any changes from me.”

During a so-called “field guidance trip,” the young leader made unusual comments. On May 9, he visited the Mangyongdae, a local amusement park, and scolded officials for poor management and shoddy gardening on the grounds. At a tree planting event in March, Kim grabbed a shovel and did some digging himself, which his father never would have.

Analysts also say that North Koreans people are learning a new propaganda phrase: “Keep your feet on your own ground and turn your eyes to the world.” This appears to be encouraging North Koreans to accept and understand outside culture and technologies.

Sources also told the JoongAng Ilbo that Kim is planning to develop parts of Pyongyang and build a new highway between Pyongyang and Sinuiju, in northwestern part of North Korea, in cooperation with a Chinese company.

“He could be trying to cement his rule and curry favor from the people through some bold reforms,” said Lee Jo-won, a professor of North Korean studies at Chung-Ang University.

“North Korea has recently completed the construction of a hydroelectric power plant in Huichon [Chagang Province] and fixed the East Pyongyang Thermal Power Plant,” he said.

“So they now have enough electricity to run factories and attempt some new changes.”

Another researcher at a state-run institute said that North Korea’s economy seems to be in crisis, especially after a string of military attacks and shows of force.

“The bad situation is a result of suspended food aid from the South since the sinking of the warship Cheonan and the halted tourism business of Mount Kumgang,” the researcher said. But skepticism lingers about Northern economic reforms.

An Chan-il, a defector who now heads the Seoul-based World Institute for North Korean Studies, said, “It would be impossible to carry out reform measures in the midst of dire food shortages.”