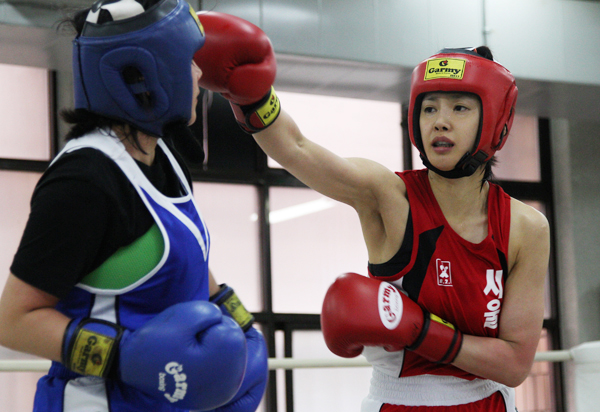 Lee’s agency said that the actress complained of shoulder pain during the match, but she fought through it to win. Lee’s opponent Ji Yoo-jin was last year’s winner of the national women’s boxing competition.

From early this month, all eyes had been on Lee as she won one match after another beginning with the Seoul City Amateur Boxing Competition held at Korea National Sport University on July 6.

While filming the various, Lee trained professionally and has pursued the sport. In 2010, Lee won the Seventh Annual Women’s Amateur Boxing Competition.

With one more feat under her belt, Lee said that she’ll be taking time off from boxing to focus on her acting career.