Envoy sees Switzerland as a model

Envoy sees Switzerland as a model 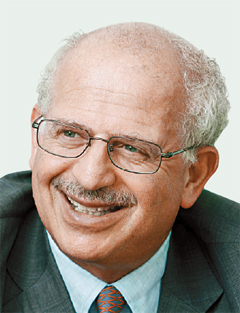 The outgoing Swiss ambassador to Seoul, Thomas Kupfer, said that the Swiss concept of confederation could be one possible model that a reunited Korea could adopt.

“The Swiss concept of confederation and neutrality could be an interesting idea for a united Korea as a possible model, but it has to be examined more in detail,” he said in an interview with the Korea JoongAng Daily at the Swiss Embassy in central Seoul on July 24. Unlike most European ambassadors, the position of Swiss ambassador to South Korea includes an important political mission, which is keeping a close eye on inter-Korean affairs, as a country of the Neutral Nations Supervisory Commission installed by the Armistice Agreement, along with Sweden, after the 1950-53 Korean War.

With the economic gap between two Koreas growing wider, some Southern pundits are proposing an interim European-style confederation system, in order to minimize the massive cost for reunification between capitalist South and communist North.

“Switzerland maintains diplomatic relations with North Korea, and we also have some dialogue with them, keeping political discussions with them and pressuring them to open for the dialogue to seek a solution on the peninsula,” the ambassador said.

“But I think the real solution lies between the two Koreas.”

The 58-year-old ambassador took office in Seoul in 2008. The veteran diplomat with a 30-year-long career, however, said that it was his first post in the Asia-Pacific region, which was a chance for him to learn more about Asian personality and culture, especially Confucianism. His next post as Swiss ambassador to Singapore starts in August.

“Korea is still very dominated by Confucian thinking and philosophy. This was very interesting to me,” the ambassador said. “The hierarchy of Korean society and the respect of the elderly or teachers are nice. All these things are, I think, linked to the broad philosophy of Confucianism and the Asian mentality.”

In May, the traditional Swiss mask performance marking 50 years of diplomatic ties with Korea drew public attention in Korea. “I believe Korea and Switzerland have many areas in which to work together,” he said. “We have a good volume of trade, $3 billion, thanks to the South Korea-EFTA free trade agreement in 2006, made after Chile and Singapore.”

One of the main sectors that the ambassador focused on was science technology. He says Switzerland wants to foster more interaction with Korea in exchanging researchers and students in those areas. “Korea has a very strong possibility in biotech, mech-tech, and clean-tech which are areas that are very strongly developed in Switzerland,” he said.

One of the events that the embassy hosted in clean-tech was the photo exhibition about an innovative and eco-friendly guesthouse in the Alps, called New Monte Rosa Hut, where 90 percent of its energy is supplied by solar energy. The exhibition was held in conjunction with Yonsei University at its Sinchon campus in Seoul.

The ambassador said that he has just completed his last mission in Korea - launching a digital version of the commemorative book entitled “50 Years Switzerland - Korea.”

The book, which is not for commercial use, depicts half of a century of shared history between the two countries, released at the Yeosu Expo. The ambassador said that Koreans can access the digital version of the book by visiting its Web site (www.swissembassynews.kr/50years).