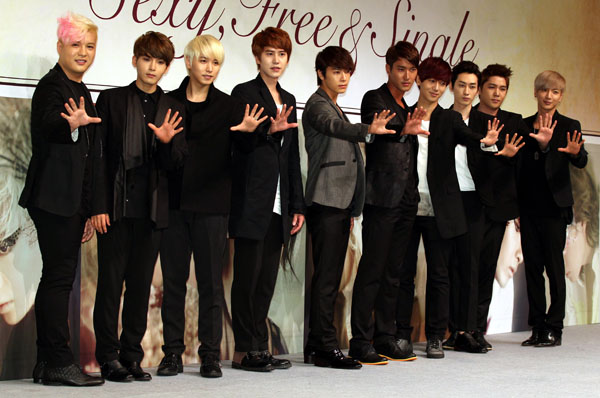 
Super Junior will release a revised EP of “Sexy, Free & Single.” The new edition will be titled “Spy” and is set to be released on Aug. 5.

The title track “Spy” is the next song on the boy band’s agenda as it finishes promoting “Sexy, Free & Single.” The repackaged album has a “007” feel to it and the tune is described as a song to win over a beloved.

Earlier in July, Super Junior member Shindong showed that he had already won over a lover as he tweeted a picture of his girlfriend.

In the picture, the couple can be seen making faces while Shindong’s girlfriend, supposedly named Nari, is seen wearing sunglasses.

“You guys look so cute together,” said a fan. Others even said they look alike, while some asked for a better picture so they could get a good look at Nari.