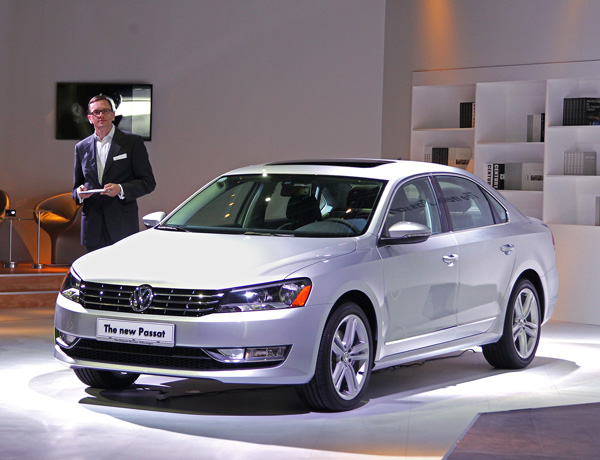 Ludwig Lampl, Volkswagen AG’s product manager, explains features of the seventh-generation Passat model to VIPs at the Grand Hyatt Hotel prior to the model’s official launch. The new Passat will be released in the local market later this month. The price is estimated at around 40 million won ($35,360). [YONHAP]