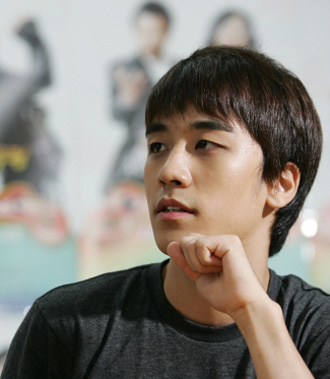 Big Bang’s Seungri has become the host of a program titled “V.I From Big Bang” on Space Shower TV in Japan.

The series began Thursday and focuses on the Hallyu boy band.

“Due to Seungri’s hard work and dedication, Japanese media personnel are very impressed with him,” said Big Bang’s agency, YG Entertainment. It added that Seungri is taking Japaanese lessons.

In addition to the Space Shower gig, Seungri will also take part in a Fuji TV program as a guest host.

From July 16, Seungri has been the first K-pop entertainer to host “All Night Nippon” in its 45-year history. He will continue with the radio program until September.

During the recording of the first segment, fellow member Daesung also took part, and the two dished the dirt on fellow group members.

T.O.P spends about 12 hours looking in the mirror and G-Dragon buys women’s clothing, the two divulged.