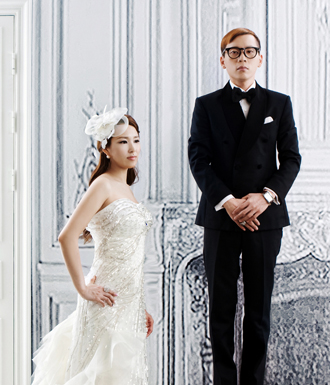 Im Yoon-taek of K-pop quintet Ulala Session tied the knot yesterday at wedding hall Scalatium in southern Seoul. The wedding was presided over by Korea’s veteran novelist Lee Oi-soo, who also served as an officiator for member Kim Myung-hoon’s marriage.

Im Yoon-taek’s wife, Lee Hye-rim, three years his junior, is said to be six months pregnant and is due to give birth this September.

The leader of the band and Lee first met back in May 2011. The two reportedly fell in love while Im was in the early phase of his battle with cancer.

The 31-year-old singer expressed his excitement for the wedding in an interview with SBS’s “Good Morning” last month, during which he said his baby is “proof that he is alive”.

Meanwhile, the group announced in June that it will launch its own agency to manage its entertainment activities. The band acknowledged that it received an offer from a number of major agencies after winning the top prize in the music audition program “Superstar K3.”