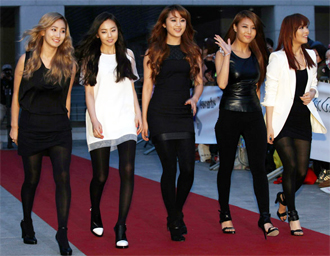 K-pop girl group Wonder Girls will soon embark on a promotional tour in the U.S., according to a Korean media outlet.

A representative of JYP, the group’s agency, said that they are planning to push ahead with the Wonder Girls’ U.S. promotions “very soon,” without specifying the date.

The Wonder Girls first debuted in the United States in 2009 by joining U.S. boy band The Jonas Brothers on a tour and releasing an album in English.

Since then, the five-member group had focused on its overseas presence until the release of a new single “Be My Baby” in Korea last year.

The group signed a management contract with The Jonas Group, and Hollywood’s Creative Artists Agency worked as the band’s agency in the U.S.

The five-member group also debuted in Japan on July 26.

In its first week in Japan, the group ranked 14th on Oricon, a prominent Japanese music chart, and sold 7,460 copies of its album.