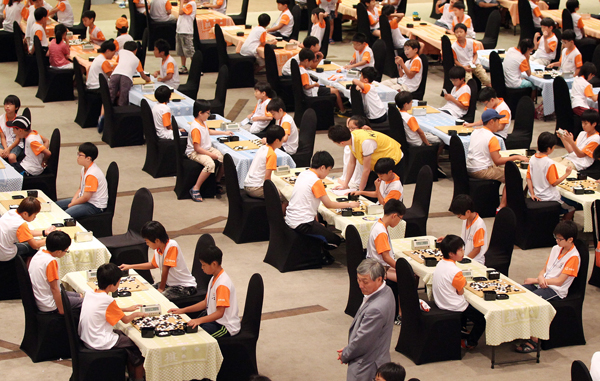 Children from seven countries compete in the finals for the world’s largest youth tournament in baduk, a Korean board game also known as Go, hosted by Hanhwa Life Insurance yesterday at the 63 Building in Yeouido, western Seoul. More than 10,000 children from 25 countries have competed since June 23 for a place in the finals in the 12th tournament of its kind. [YONHAP]