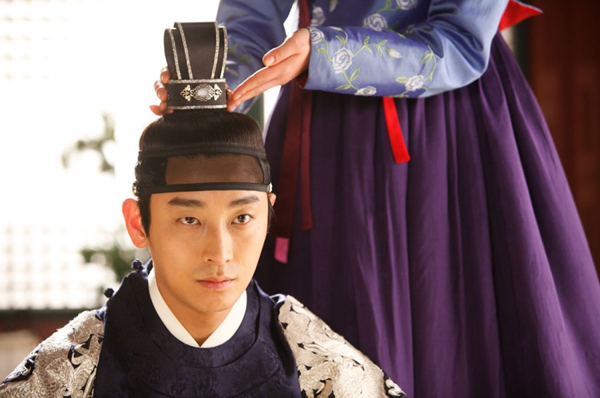 Historic comedies “I Am a King,” left, and “The Grand Heist” both opened in local theaters on Wednesday. Provided by Lotte Entertainment and Next Entertainment World


Two new historic comedies, “The Grand Heist” and “I Am a King,” opened in theaters this week, giving local box office leaders “The Dark Knight Rises” and “The Thieves” a run for their money.

Both are set during the Joseon era (1392-1910) and loosely based on actual characters and events. While in the past, local films based on this period tended to focus the synopsis on eroticism or power struggle, the two new movies focus on relatively obscure events with a modern, humorous touch.

“I Am a King” marks the return of Joo Ji-hoon to the big screen after a three-year hiatus after the completion of his mandatory military service and the infamous drug scandal in which he was involved in 2009. Joo, who plays two roles in the film, Prince Choong-nyeong (who later becomes King Sejong) and a slave, Deok-chil, expressed his determination to get back in the good graces of the public during a recent press conference.

“I was always short for time because I was playing two roles,” the actor said.

“For the two months that I spent trying to get into the role, I talked to the director almost every day to prepare .?.?. If the film attracts more than three million people, I promise to walk around the Daehagno area wearing the slave costume.”

The film, director Jang Kyu-sung’s fifth feature after “Small Town Rivals” (2007), is set in the three months before the prince becomes King Sejong. While to future generations, King Sejong would stand as a legendary figure for his creation of the Korean alphabet and advancing the country’s scientific research and law, as Prince Choong-nyeong he was known to be a bit of a reclusive bookworm. With this premise, the film borrows from the plot of “The Prince and the Pauper,” in which the prince runs into a slave, Deok-chil, and disguises himself as the slave and ventures outside the palace. In the process, he begins to understand how people outside the palace walls are living, often in extreme poverty.

“If the film was based on a fictional king, it would have been easier for me to exaggerate the comic elements, but because the king is a real historical figure I had to control the comedy and also portray the journey of how the prince becomes the wise king,” said the director. 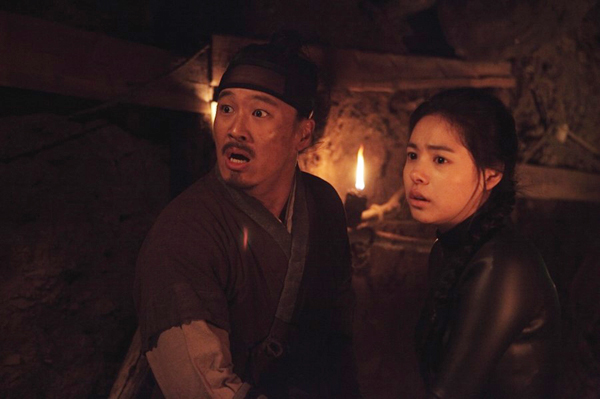 In contrast to the self-discovery theme of “I Am a King,” “The Grand Heist” is similar to group action blockbusters like the U.S. hit “Ocean’s Eleven” series. In “The Grand Heist” a gang of 11 thieves tries to steal ice blocks from the royal storage, Seobingo, during the last years of the Joseon era. Without a refrigeration system, ice during those days is said to have been even more valuable than gold. Cha Tae-hyun, famous for playing goofy, lovable comic leads including in his breakout film “My Sassy Girl” (2001), is Lee Duk-moo, a laid-back bookseller and bastard son of the royal court’s cleaning official who somehow becomes the leader of the heist group.

Like Jang of “I Am a King,” the director of “The Grand Heist,” Kim Ju-ho, said he was particularly cautious in bringing modern cinematic elements to the film because it is based in the past. “Action films like ‘Ocean’s Eleven’ center on people steeling money and disappearing, but in a historic film, I thought it was more appropriate to add other pretexts and moral elements so as to differentiate it from other films,” said Kim, during a press conference last month.

Meanwhile, Cha said he was glad to play another comic lead role.

“I think my strength as an actor lies in the comic genre,” he said.

“And I think the public still wants comedy from me more than anything else.”