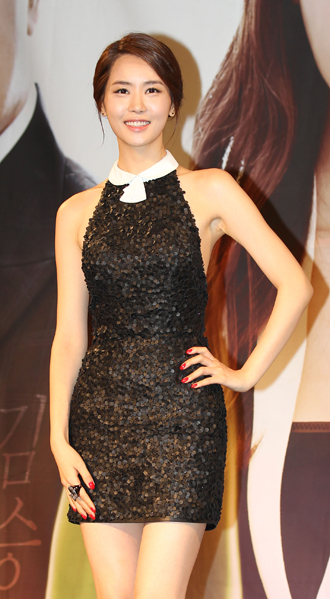 Actress Lee Da-hae’s first drama series in China will begin airing this month on Hunan TV. The show, tentatively titled “Love Recipe,” has garnered attention for starring a Korean actress who will speak in Chinese.

The upcoming drama is centered on the life of a talented chef working in a dumpling house. The 28-year-old actress has been cast to play the protagonist, who overcomes obstacles in her daily life while raising her nephew.

A representative of Lee’s agency, Foster Entertainment, said that hopes are high for the Chinese drama.

“We heard that the series will also make its way to other major broadcasting channels such as CCTV and regional stations in the country,” the representative said.

Lee is said to have been learning Chinese intensively since 2005, when her Korean drama “Green Rose” was broadcast in China. She also appeared on Chinese variety show “Happy Camp” this year without an interpreter.

She has a significant fan base in China with nearly three million followers on her Weibo microblog.