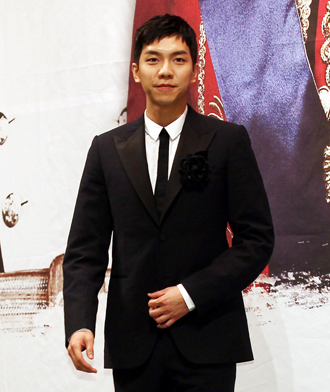 Korean singer and actor Lee Seung-gi denied a news report that he plans to enlist in the Army in the second half of next year.

“Nothing has been finalized yet,” said a representative of Hook Entertainment, Lee’s agency. “The groundless rumor makes us feel uneasy, especially as Lee Seung-gi is only focusing on his concert preparations.

“Those rumors seem to come out because he is largely absent from television shows.”

Although no decision has been made as to when he will enlist, the 25-year-old actor reportedly wants to serve as a common private soldier rather than sign up for the post reserved for entertainers in the Army.

“Lee Seung-gi made it clear that he is not planning on waiting too long to enlist,” the representative said.

Lee discussed the military issue earlier this year in an interview with local media, saying, “The Army is a place where all able-bodied Korean men are supposed to serve.

“I cannot announce the exact date but will certainly enlist.”