Pattinson returns with another Stewart

Pattinson returns with another Stewart 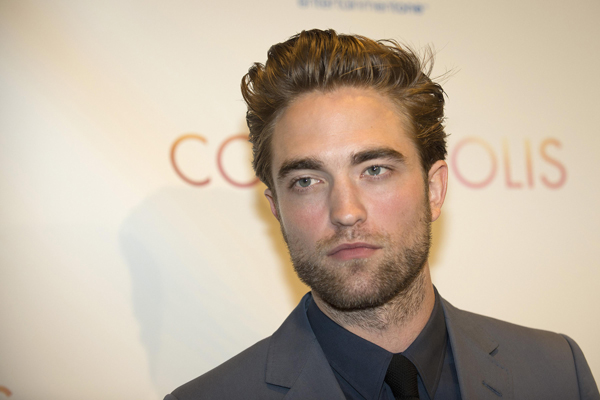 LOS ANGELES - Robert Pattinson has decided to come back - to the spotlight, that is.

The 26-year-old actor has been out of sight since learning last month that his girlfriend and “Twilight” co-star Kristen Stewart had an affair with a married movie director. A tabloid printed photos of the illicit dalliance, breaking the hearts of “Twilight” fans worldwide and prompting Stewart and the director to issue public apologies to their loved ones.

But Pattinson can’t lay low forever - he has a film to promote - so he’s set to appear Monday night on “The Daily Show” with Jon Stewart. It’s a gentle, if obligatory, re-entry into the media machine leading up to Friday’s opening of “Cosmopolis,” the David Cronenberg drama starring the “Twilight” heartthrob.

Work obligations often force celebrities out of hiding after challenging personal situations, but choosing how and where to make a comeback is often a carefully calculated move.

“There’s no one show that’s the right answer for everyone,” said veteran publicist Howard Bragman, now vice chairman of Reputation.com. “The right answer is the one where you think you’re going to get the most respect, the fairest hearing and the best presentation - and potentially where you’ve had the best relationships in the past.”

When Pattinson chatted with Stewart in 2010, the comedian invited him to return, saying, “You are making me cooler.”

Pattinson is set to appear on “Good Morning America” on Wednesday.

Other celebrities eschew Hollywood’s glare completely during times of crisis.

Sylvester Stallone has so far skipped promotions for his latest film, “The Expendables 2,” after his son’s unexpected death last month. Demi Moore also avoided interviews about her directorial contributions to “Five” when rumors simmered about then-husband Ashton Kutcher’s infidelity.

John Travolta hasn’t given any probing interviews since his image was rocked by accusations of sexual impropriety with massage therapists, but the actor very publicly kissed wife Kelly Preston at the premiere of his latest film, “Savages,” last month and has appeared at other Hollywood functions. Bragman said, “The real secret is being prepared.”

“Every actor has the right to talk about what he wants to talk about and not talk about something he doesn’t want to talk about .?.?. You have to handle [such questions] with dignity and class and respect for the journalist doing their job,” he said. AP