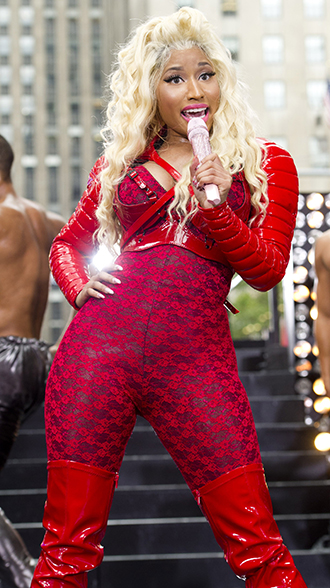 NEW YORK - Nicki Minaj has canceled her appearance at this weekend’s V Festival in the United Kingdom because of damage to her vocal cords.

Her representative said in an e-mail that Minaj will have to back out of her shows on Saturday and Sunday because of “strained vocal chords.’’

Minaj performed a free concert in New York City on Wednesday, though she had been advised by her doctor to rest.

Her representative now says her voice is “worse,’’ and that recent X-rays show that the singer-rapper must “rest her voice for a few days.’’

Minaj performed for more than two hours at her New York show. It featured Drake, Lil Wayne and Foxy Brown.