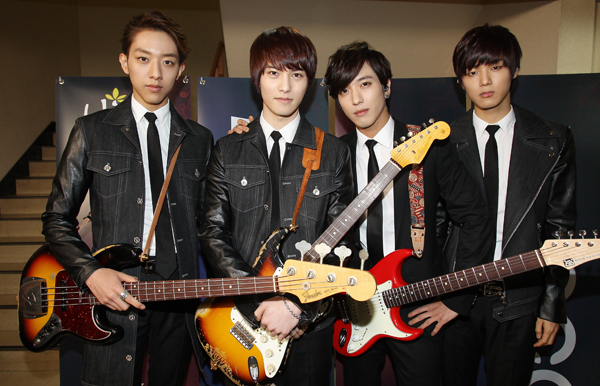 Samsung announced on Aug. 19 that the band’s “smart” image perfectly blended with the product.

“The personalities of the four members will come in handy when the specifications of the products are explained,” said a Samsung spokesperson.

The first commercial for the tablet featuring the band aired on Aug. 17. More are set to follow in its stead.

CN Blue also announced on Aug. 20 through its Facebook page that it will hold a concert on Sep. 22 in London.