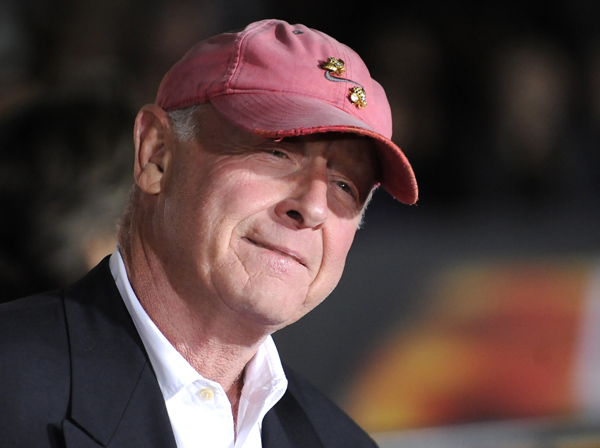 The 68-year-old Scott’s death Sunday was being investigated as a suicide, according to the county coroner. Several people called emergency services about 12:35 p.m. to report that someone had jumped from the Vincent Thomas Bridge between San Pedro and Terminal Island in Los Angeles Harbor, according to Los Angeles police Lt. Tim Nordquist.

Investigators found a note in Scott’s car, which was parked on the bridge, according to the Los Angeles Times. That note listed contact information. A suicide note was later found at his office.

The British-born Scott, who lived in Beverly Hills, was producer and director Ridley Scott’s brother.

The brothers ran Scott Free Productions and were working jointly on a film called “Killing Lincoln,’’ based on the best seller by Bill O’Reilly. Their company produced a 2011 documentary about the Battle of Gettysburg for the History Channel. Ridley Scott’s “Prometheus’’ was a summer blockbuster.

“Top Gun,’’ starring Tom Cruise, was one of the highest-grossing films of 1986. The pair worked together again four years later on the hit “Days of Thunder.’’

Scott frequently worked with Denzel Washington, most recently on the runaway train drama “Unstoppable.’’ Scott and Washington collaborated on three other films: “Man on Fire,’’ “Deja Vu,’’ and `”The Taking of Pelham 123.’’

Other Scott films include “True Romance,” “Crimson Tide’’ and “Enemy of the State.’’

Scott was married to actress Donna Scott. They have twin sons. AP