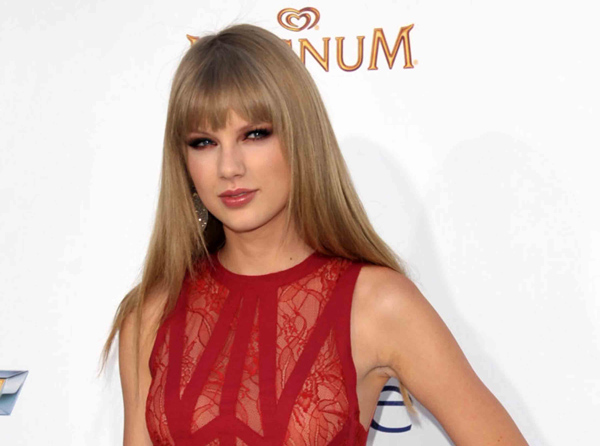 
NEW YORK - Six-time Grammy winner Taylor Swift will perform at the 2012 MTV Video Music Awards next month. But she won’t be the only gold winner in the room.

The U.S. Women’s Gymnastics team - known as the Fierce Five - will be presenters at the Sept. 6 show. Gabby Douglas, McKayla Maroney, Alexandra Raisman, Kyla Ross and Jordyn Wieber won the women’s team gold medal at the Olympics this month and have been on a whirlwind tour ever since that included appearances on the TV shows of Jay Leno and David Letterman. Douglas, Maroney and Raisman won individual medals.

Drake and Rihanna lead with five nominations each. They’ll battle Katy Perry, M.I.A. and Gotye for video of the year.

Swift was at the center of one of the show’s most memorable moments, when Kanye West hijacked her acceptance speech in 2009. Swift said she will perform a new song from her upcoming fourth studio album.

Swift sold 623,000 copies of “We Are Never Ever Getting Back Together” according to Nielsen SoundScan, after announcing the Oct. 22 release of her album last week.

Comedian Kevin Hart will host the VMAs live from the Staples Center in Los Angeles. Performers include Green Day, Alicia Keys, Pink and One Direction.