Brightman may be headed to space

Brightman may be headed to space 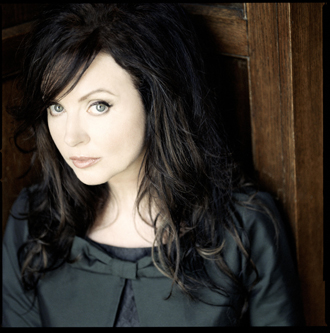 MOSCOW - British soprano Sarah Brightman could become the next space tourist to blast off to the International Space Station (ISS), a senior official at the Russian space agency hinted Wednesday.

The singer, 52, known for her roles in West End musicals such as “The Phantom of the Opera,” is being considered as a candidate, said the head of piloted programs, Andrei Krasnov, in comments to the RIA Novosti news agency.

“I know that our colleagues at Space Adventures are holding some talks with her as a potential candidate,” Krasnov said, referring to a U.S.-based company that organizes commercial flights to the ISS for space tourists.

He added that the announcement of the next space tourist would probably be made within two months.

Interfax news agency cited a space industry source as saying that “the name of the next space tourist, who will most likely fly to the ISS in 2015, will be officially announced in around a month”.

The source also told Interfax that Brightman visited Russia around a month ago and was given the go-ahead by the medical commission to train at the Yuri Gagarin Cosmonaut Training Center in Star City outside Moscow.

Space Adventures made no public comment on the report, while its spokeswoman did not respond to a request for comment.

Previous space tourists visiting the ISS on a total of eight trips have included the Canadian founder of the Cirque du Soleil, Guy Laliberte, and Iranian-American entrepreneur Anousheh Ansari, so far the only woman.

Brightman rose to fame in the 1980s with roles in the wildly popular musicals of composer Andrew Lloyd Webber, who later became her husband.