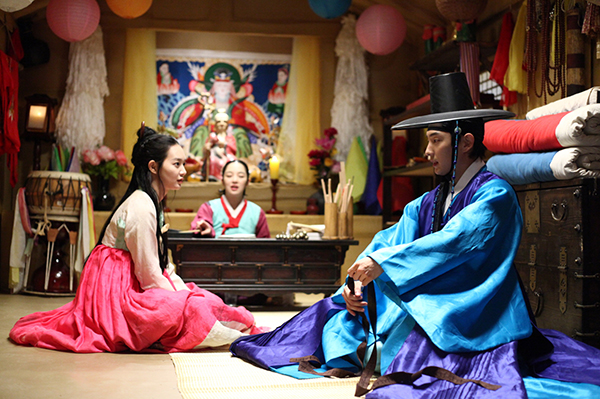 “Arang and the Magistrate” was inspired by an old Korean ghost story. Provided by MBC


It has long been customary for TV channels to show horror movies and shows during the summer based on old Korean ghost stories. This derives from people’s long-held belief that spine-chilling tales of the undead help them escape reality, and especially the sweltering heat.

But the trend has been changing in recent years, with such TV shows seeing their popularity dwindle.

Conforming to tradition, KBS screened “Korean Ghost Stories” in 2009 and “Grudge: The Revolt of Gumiho” in 2010. Both were set during the Joseon Dynasty (1392-1910), and both were inspired by popular folk tales. However, despite the favorable reviews from critics, they received low ratings.

This summer, such dramas have disappeared from TV schedules and been replaced by depictions of ghosts as more energetic and comical characters.

Such is the case with MBC’s current comic-horror-fantasy drama “Arang and the Magistrate.” The show is based on the famous Korean folk tale of Arang, who returns to the mortal world as a ghost to reveal the circumstances surrounding her untimely and mysterious death. But whereas Arang was originally painted as the kind of ghost that routinely set nerves on edge, the new version played by Shin Min-a is a bright young phantom who wishes to catch her killer and find her own happy ending. 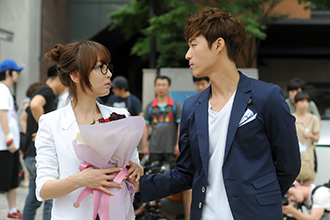 A scene from “The Thousandth Man,” an MBC sitcom based on Korean folk tales.Provided by MBC

Similarly, MBC’s fantasy sitcom “The Thousandth Man” transforms its central character Gumiho from a blood-craving nine-tailed fox-like creature to that of a creature who pines for true love with a human being.

The transition from scary to lovable and amusing comes as mature TV audiences no longer find the ghosts of the past frightening, critics say.

“Now Korean audiences can see so many movies, including American TV shows on cable which have a high-degree of horror and gore,” said drama critic Gong Hee-jeong. “As such, people feel bored by the tried-and-tested shows churned out by terrestrial broadcasters, which only have a moderate degree of horror.”

They also can’t compete with nerve-racking modern-day thrillers like “Phantom” and “Golden Time,” he added.

Kang Cheol-woo, director of the “The Thousandth Man,” concurred, adding that “the era in which traditional long-haired ghosts appear out of nowhere has ended.”

Production conditions for traditional ghost stories have also become troublesome. With low ratings and higher costs of costumes and special effects squeezing profits, there is less incentive to make the shows. Lining up sponsorships is also nettlesome, industry figures said.

“Horror subjects usually derive from historical plays or contain negative images, and for these reasons, [sponsors] are reluctant to back them,” said Gong.

Cinematographer Kim Jin-man added: “In the case of ‘Arang and the Magistrate,’ it was hard to find sponsors because it’s a historical play, [but it finally managed to attract] almost the same amount of support as other popular dramas.”

Producers must focus on fine-tuning cliches and finding ways to generate comedy within the show, critics argue. For example, in “Arang and the Magistrate,” the comedy is facilitated by Arang’s amnesia.

“Everybody knows about Gumiho, who wants to find her killer and avenge her death,” said director Kang. “To break free from that kind of prejudice, the character of Koo Mi-jin has been recast to show that, even though she may not seem normal, she can fall in love in ways average people would not normally be able to.”