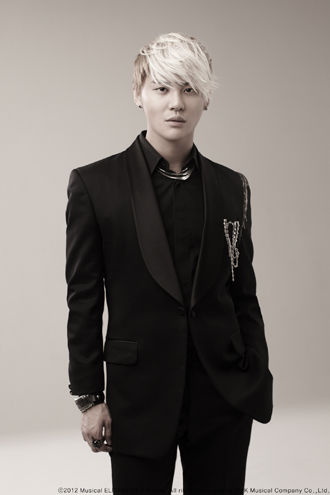 JYJ member and solo artist Kim Jun-su wrapped up the Asian leg of his world tour on Sunday.

At the finale in Hong Kong, 3,500 fans were treated to a two-hour bonanza with the K-pop star singing various hits as well as granting three wishes for fans during “Xia Time.”

Officials from Hong Kong’s Ministry of Culture were also present, and they praised the singer for his professionalism. “I can see why he is called one of Asia’s finest,” said a ministry representative.

Kim, or Xia Jun-su as he is affectionately called by fans, has also made each leg of his tour across Thailand, Taiwan, Indonesia, Shanghai and Hong Kong fresh by dying his hair a different color for each venue.

Ahead of his finale, Kim told the press that he has been gaining confidence to help him take on his world tour. The Asian tour came to an end 100 days after Kim released his solo album “Tarantallegra.”

There seems to be no stopping Kim, who is on the roll of late. He is set to kick off his American tour with a concert in New York on Thursday.