Cash is king for worried companies

Cash is king for worried companies 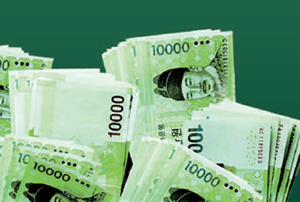 The Hyundai Group headquarters that was put up for sale to increase the group’s cash holdings. [JoongAng Ilbo]


The conditions of the global economy have become so uncertain that many local companies have decided cash is the greatest safety net, and they’re selling off major assets - buildings, stores, stocks and corporate bonds - to get through an unpredictable number of rainy days.

Hyundai Group grabbed attention after it put its company headquarters in Yeonji-dong, northern Seoul, up for sale in July. It was a significant place for the group’s chairwoman and its employees. It’s been only a little more than two years since 10 subsidiaries of the group scattered across the city moved into the first headquarters owned by the group in March 2010.

The company announced Aug. 17 it decided to sell the headquarters for 226.2 billion won ($199 million) to Koramco Reits & Trust based on a sale-and-lease-back contract in a bid to secure liquidity.

“Holding cash in hand would be better than maintaining real estate in a highly uncertain time,” said an employee at the group. “We can purchase the building back when we are financially able,” she added.

Hyundai Elevator, the nation’s leading elevator manufacturer and the group’s largest shareholder, said it will sell 11.4 billion won worth of its own stock on Aug. 22. It sold off 30.2 billion won worth of shares in March.
Both units of the Hyundai Group said the sales are aimed to brace for long-term economic uncertainties and to guard against a liquidity crunch.

However, the financial sector views such moves as ways to make up losses in their businesses.

Hyundai Merchant Marine and Hyundai Asan, major lucrative subsidiaries of Hyundai Group, are suffering worsening losses. The shipping unit posted a 124.5 billion won loss in the second quarter, its sixth consecutive quarter of losses. In the past two years, the company’s debts have grown by more than 1 trillion won to 7.3 trillion won.

Hyundai Asan, which handles the group’s North Korea businesses, is also plagued by continuing losses and ballooning debt due to a halt in its Mount Kumgang tourism business in the North since 2008.

SK Networks, a resource development unit of SK Group, is planning to sell its buildings in Myeong-dong, central Seoul, and Seongnae-dong, eastern Seoul, for up to 180 billion won. An employee at the company confirmed the plan.

Homeplus, the country’s second largest retailer, is planning to sell off four stores including the Yeongdeungpo branch to put about 700 billion won back into its coffers.

“We are in urgent need of cash as we plan to open new stores and expand the existing online store,” an employee at the retailer said.

According to the Financial Supervisory Service, local businesses sold a total of 780.7 billion won worth tangible assets in the first half of the year, almost double the 404.8 billion won sold in the same period last year.

Meanwhile, Woongjin Holdings is selling off its water purifier unit Woongjin Coway to MBK Partners. The company said Aug. 16 it will hand over a 30.9 percent stake, including management rights, in the subsidiary for 1.19 trillion won to the buyout fund.

Woongjin chose MBK, according to the financial industry, largely because it will get cash faster than under its initial plan. The company had previously planned to set up special purpose company with private equity fund KTB PE in a bid to purchase back 40 percent of the sold stocks. This way, Woongjin would get about 900 billion won in cash.

However, under that plan it would take more than six months to complete the sale.

KTB PE also had some problems in financing the funds it needed. “KTB PE said it needed more time to finance funds, while MBK already had cash in reserves, so we thought MBK is a better partner,” an employee at Woongjin said. The company will get the money next month at the earliest.

Daewoo International, a trading firm and one of 70 subsidiaries of steelmaker Posco, is also undergoing a process of improving its financial soundness. The company said Aug. 8 it will sell a 24 percent stake in Kyobo Life Insurance to a Hong Kong private equity fund for 1.2 trillion won.

“It is kind of an instinct to scour the books for sources of cash when the economy looks very ill,” said So Hyun-chul, an analyst at Shinhan Financial Group said. “Companies are likely to continue to downsize their operations by selling unprofitable units or assets for the time being.”

A study showed that the cash holdings of the nation’s top 100 companies were 66.3 trillion won as of June this year. This was a 19 percent increase compared to the end of 2010 when the euro zone crisis was still in the future.

According to FnGuide and regulatory filings by companies Samsung Electronics’ cash reserve at the end of June was 15.5 trillion won, a 58 percent expansion compared to the end of 2010.

Hyundai Motor Group’s cash holdings amounted to 7 percent, up 13 percent from 2010. Posco’s reserve surged 41 percent to 4.9 trillion won as the steelmaker has been striving to secure cash by selling off shares in three Korean firms for a combined 583 billion won as part of efforts to improve the company’s financial status.