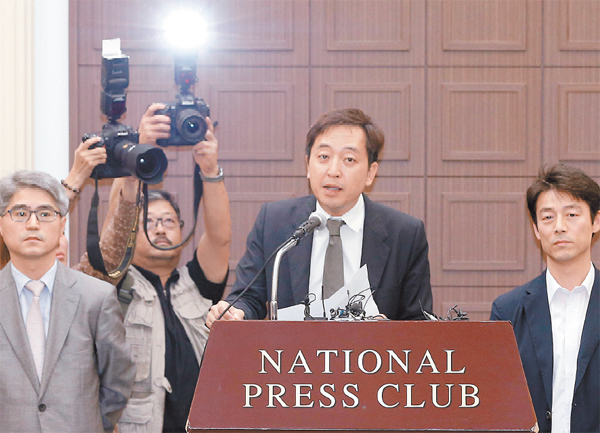 Keum Tae-sup, center, an attorney for Ahn Cheol-soo, said at a press conference yesterday in central Seoul that an official from Park Geun-hye’s election campaign tried sending a blackmail threat to Ahn through a phone call to him. [YONHAP]


An attorney of Ahn Cheol-soo, the great presidential hope of the liberals, said yesterday that the ruling party threatened to disclose dirty secrets about Ahn, including a relationship with a woman, if he dared to declare his candidacy.

Keum Tae-sup convened an emergency press conference yesterday in central Seoul and said that an official from Park Geun-hye’s election campaign tried sending a blackmail threat to Ahn through him.

Ahn, a software mogul-turned-academic, is considering a presidential run in December but hasn’t announced one. Polls identify him as the biggest threat to Park, the ruling party’s candidate. 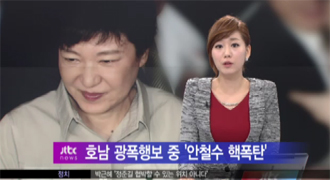 “At 7:57 a.m. on Sept. 4, I got a phone call from Jeong June-guil, a public affairs official for the presidential campaign of the ruling party candidate,” Keum said. “During the seven-minute conversation, he threatened that if Ahn runs in the election, he would disclose matters regarding bribes he paid and a relationship with a woman.”

Right after Keum’s conference, Jeong held a press meeting, admitting to the phone conversation but saying it was nothing more than a chat between close friends. Keum and Jeong attended Seoul National University and studied law together.

“It was just a personal talk between Keum and me as long-time schoolmates,” Jeong said. “On Tuesday in the morning between 7:30 a.m. and 8 a.m., I suddenly thought of Keum and called him in my car. It wasn’t planned. 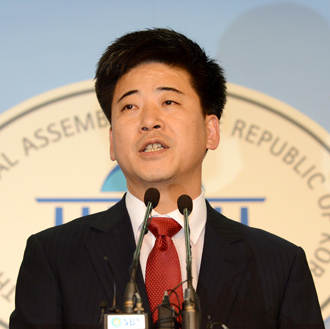 “During the conversation, I just conveyed several things that I was tipped off about from you reporters and other people [about Ahn],” Jeong continued. “I just advised him to prepare for various rumors swirling around Ahn.”

The Ahn camp tried to portray the phone call as a threat from the highest reaches of the Park campaign and government.

“Without clarifying details on the allegations, [Jeong] just told me, ‘We know everything because we investigated,’?” Keum said. “He told me that if Ahn declares a run for the presidency, they will ‘kill him,’ and that I should convey what he told me to Ahn.”

Song Ho-chang, a lawmaker of the opposition Democratic United Party, said at the press conference that someone important must have been behind the threat. “Those things Jeong mentioned he would reveal can’t be found without surveillance by a state security agency or a government organization,” Song said.

According to Keum, the bribery threat relates to a 1999 investment by the state-run Korea Development Bank in AhnLab, the antivirus software company started by Ahn. Keum said that Jeong claimed the investment was in return for a bribe Ahn paid to a high-ranking official at the bank surnamed Gang.

Keum also claimed that Jeong said Ahn has been having an affair with a woman in her 30s who majored in humanities at school and lives in Mok-dong, western Seoul. Ahn, who is married, denied the affair, Keum said.

“It’s a crime, old-fashioned blackmail,” Keum said. “The election camp of the Saenuri Party should offer an apology for it to people. They should officially clarify whether they were aware of this crime [Jeong’s threat] and whether they plotted it together.” Hong Il-pyo, a spokesman of the Saenuri Party, said the party hasn’t determined a position on the matter in an interview with YTN yesterday.

“So far, the party hasn’t responded to every single movement of Ahn because he hasn’t formally declared a candidacy,” he said.

Jeong denied the phone call was from anyone above him. “I just said if Ahn is implicated in those things that I mentioned as a potential presidential candidate, it would be difficult for him to be elected president,” he said. “Being a humble member of the ruling party, I’m not in a position to dissuade Professor Ahn from running in the election or threaten him, or even to deliver such a message to him.”