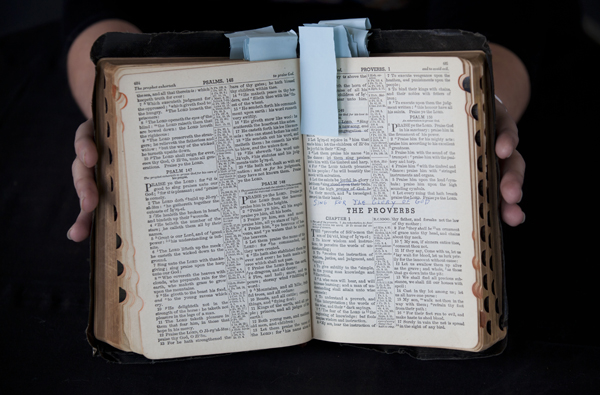 LONDON - A bible that once belonged to Elvis Presley and contains his handwritten notes and thoughts has sold for ￡59,000 ($94,600) at an auction in England, the auction house said.

The bible, given to the singer on his first Christmas at his home in Graceland in 1957, was bought by an American man based in Britain, Omega Auctions said on its Web site.

The religious book, used by Presley until his death on Aug. 16, 1977, was expected to fetch around ￡25,000 but went for more than double its value.

But a pair of Presley’s unwashed and soiled underpants, worn underneath his famous white jumpsuit during a 1977 concert, went unsold.

Some of the singer’s other personal items sold at the auction on Saturday included used cuff links, a gold pendant chain/necklace and black Flagg Brothers shoes.

The entire Elvis collection, owned by a single British collector, went for more than ￡100,000 at Omega Auctions in Cheshire, north England.