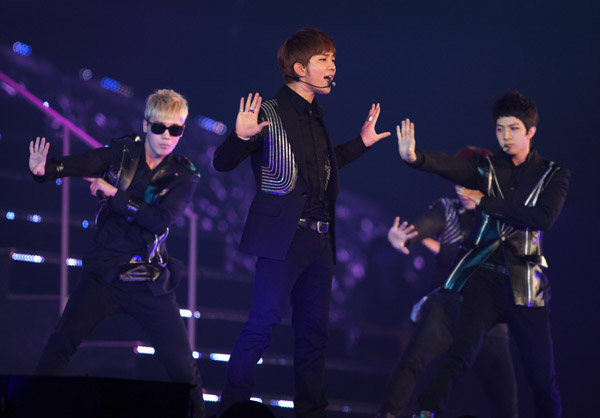 
MBlaq wrapped up its two-day encore concert in Japan on Sunday.

The event, which took place at Pacifico Yokohama Convention Center, was a sell-out, just like the band’s earlier concerts on the island nation.

Due to the success of “The BLAQ%” Asian tour which made stops in Thailand, Taiwan and Japan, the band staged another two concerts for the Japanese fans. During the original tour, all four shows took place just in Osaka and Tokyo, which meant that those in Yokohama had missed out.

During the two-hour performance, the K-pop band treated their eagerly awaiting fans to a dynamic program consisting of group and individual acts.

“We remember the first time we were here was with Rain,” said the band.

“This place brings back a lot of memories and we are so glad to be holding our own show.”

The band asked the fans to have a “good time,” before promising that from now on, they’d make more frequent visits.

“We’ll definitely be coming back. Hope to see you soon,” the boy band added as it launched into its hit song “Oh Yeah” before calling it a night.