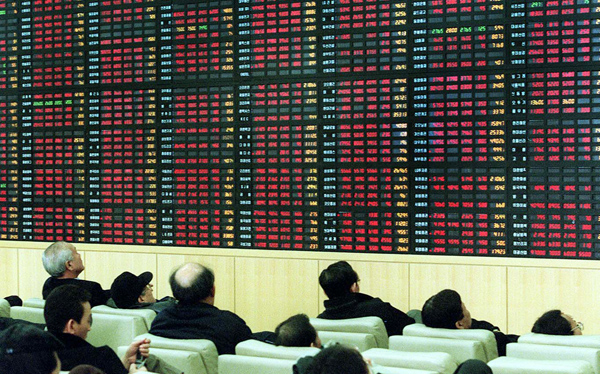 Opinion remains divided over whether Korea’s IPO market, which has been shrinking for the last eight months, is coming back to life, despite signs of baby steps in this direction.

According to a report by Eugene Investment and Securities, a Seoul-based brokerage, only 17 companies have completed their IPOs so far this year. This marks a 62 percent drop from the 45 listed over the same period in 2011.

Additionally, compared to last year, the size of investment in public offering subscriptions has fallen 80 percent from the 3.4 trillion won ($3.02 billion) reported between January and August last year to 679 billion won this year.

In a survey by the Korea Exchange (KRX) in January, roughly 130 companies expressed their interest in going public.

Many of the big-ticket IPOs have been postponed indefinitely, with the companies citing their disappointing performances due to the sluggish economy. Included on the list are Hyundai Oilbank, which was supposed to be the largest company to go public this year, estimated to be worth 1 trillion won, and insurance unit Mirae Asset.

Even the IPO of state-owned financial group KDB has been put on hold, although this is largely for political reasons.

“One of the biggest reasons the IPO market has been inactive this year is because of the creaking state of the local stock market, as fears of a global financial crisis that started with the fiscal debacle in the euro zone grow,” said Byun Joon-ho, an analyst at Eugene Securities.

He said this trend has cropped up in the past, such as during the Asian financial crisis of the 1990s and again in late 2008 during the global credit crunch.

Another reason why local companies have been less aggressive about listing is because of the enhanced evaluation process on them.

“Until last year, companies that met the basic requirements had no problem in passing the IPO evaluation, but protecting investors has risen as a hot issue recently,” Byun said.

“As a result, the reviews of these companies have become much stricter and companies seeking IPOs have been adjusting their offering prices.”

Yoon Ji-a, a senior analyst at Korea Capital Market Institute, said the lack of IPOs not only disrupts the stock market’s role of supplying capital to companies, but also creates big headaches for small firms hoping to attract investment to grow.

Yoon said that if the trend continues, the disparity between big and small companies will become even more pronounced.

“Smaller companies will struggle to survive if the IPO market remains sluggish, thus shrinking the tunnel into which investment in these companies is funneled.” Yoon said, adding that this could create a vicious cycle.

Even analysts at brokerages have in recent years been focusing more on conglomerates than on smaller businesses.

Last year, analysts covered 463 companies among the 1,900 listed on the stock market. The subjects of their analysis, or those enterprises on which they issued buy or sell verdicts, were mostly conglomerates and their affiliates. But by overlooking smaller companies, the analysts gave them less exposure and made it even harder for them to attract investors.

As such, an increasing number of small companies are looking to merge with bigger players in the market to stay afloat and prosper. In this respect, an analogy can be drawn with Instagram, which was bought by Facebook for $1 billion in April.

“Smaller companies are adopting growth strategies through mergers and acquisitions rather than going public, because this is a much more profitable way for them to attract investment,” Yoon added.

Time for a turnaround

However, the IPO market has started to see some flickers of life this month.

CJ HelloVision, the cable TV subsidiary of CJ Group, has postponed its public offering from last year but submitted its official review to the KRX late last month. If the process goes as smoothly as expected, the company will probably be listed by next month.

LG Siltron, a subsidiary of LG Group that manufacturers and develops wafers used in semiconductors, has also taken steps to be listed as it submitted its review last week.

Other companies are reviewing the possibility of pursuing IPOs next year.

Hyundai Rotem, a subsidiary of Hyundai Motor Group that manufactures high-speed trains, is said to be reviewing the possibility of pursuing an IPO.

SK Lubricants, a subsidiary of SK Group, is also mulling going in the same direction, with an IPO estimated to be worth 1 trillion won.

The recent talk by politicians of leveling the economic playing field to give smaller companies a fighting chance could force more subsidiaries of conglomerates to go public, including Hyundai Amco, Samsung’s Everland and SDS, as the groups move to reorganize their governance structure.

Market experts say the recent uplift has been helped by the stabilizing stock market.

In the first half of this year, jitters caused by the fiscal crisis in the euro zone caused the local stock market to fluctuate wildly.

But the market, which was struggling at around 1,700 points until July, has subsequently recovered to around the 1,900-point level.

“A stable stock market that moves somewhat predictably is crucial if IPOs are to be revitalized,” said one analyst at a local brokerage.

“As the market has been stabilizing recently, chaebol subsidiaries are showing more interest in listing.”