In any language, JYP spells success on the global stage

In any language, JYP spells success on the global stage 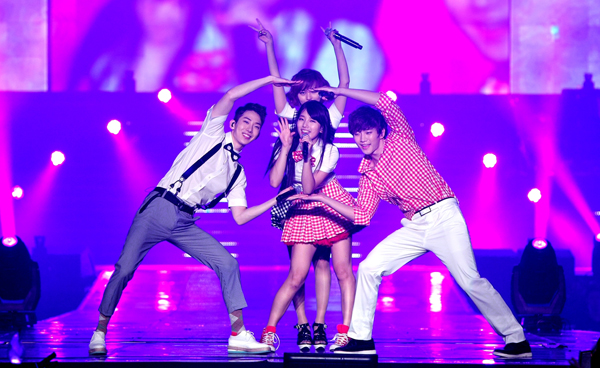 JYP Entertainment artists including Suzy from Miss A (center), Jo Kwon from 2AM (left) and Junho from 2PM (right) perform together during the “JYP Nation” concert on Aug. 4 at Olympic Park, eastern Seoul.Provided by JYP


The Wonder Girls are continuing to “amaze the world” as one of the top K-pop groups active overseas. The five-member group kicked off its “Wonder World Tour” in Singapore on Saturday in front of 4,000 fans.

Forty media outlets showed up at the Compass Ballroom at Resorts World Convention Centre in Santosa in the city state.

The Wonder Girls will perform in Malaysia next month and in Indonesia, Thailand and Vietnam in November, according to their agency, JYP Entertainment.

Early this year, the Wonder Girls signed a contract with DefStar Records, a subsidiary of Sony Music Japan.

Beyond Asia, the Wonder Girls are considered pioneers of K-pop in America. After the release of “Nobody” and touring with the Jonas Brothers, the girls are confident they can succeed in a big way in the United States. On Sept. 5, the Wonder Girls performed on iHeartRadio, the largest U.S. online radio platform, and the show was streamed live to the Web sites of about 70 radio stations.

In late 2009, the English version of their single “Nobody” hit 76 on the Billboard Hot 100, the first time a Korean group was on the chart. 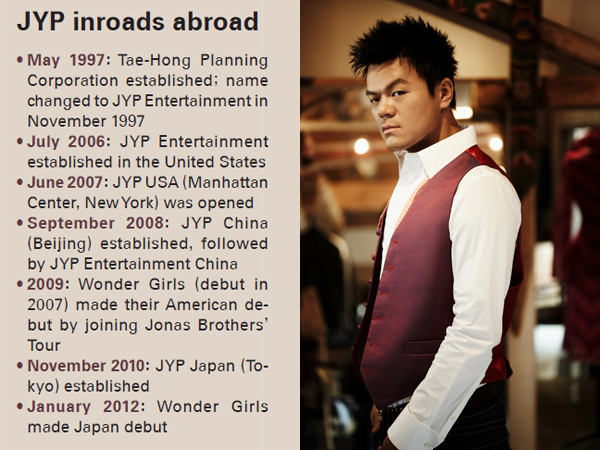 In 2010, the group entered the Chinese market with a compilation album that included Chinese language versions of “Tell Me,” “Nobody” and “So Hot.”

This year the girls were in an American TV movie, “The Wonder Girls,” and the movie soundtrack titled “The DJ Is Mine” featured the U.S. group School Gyrls. The title song reached No. 1 on charts in Korea and the movie has been shown on the cable channel TeenNick.

In July, the group released the digital single “Like Money,” also from their TV movie. American R&B and hip-hop artist Akon is featured on the song and he also appears in the video. And the girls performed with Akon at the Green Groove Festival in Korea.

Behind the boundary-breaking Wonder Girls is their producer, Park Jin-young, a singer-songwriter and CEO of JYP.

In the Korea JoongAng Daily’s third installment of the “Inside K-pop” series, we take a look at the talent behind the talent at JYP Entertainment.

Among K-pop wannabes, SM Entertainment, the largest agency in Korea, is known to put more weight on its artists’ appearances, while YG Entertainment prefers artists with “distinct characteristics.” 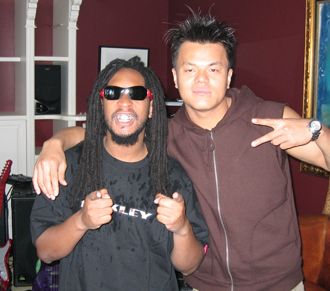 JYP, Korea’s third-largest agency, is known for its foreign focus and preference for artists with foreign language speaking abilities.

When original Wonder Girl Sunmi left the group in January 2010 to pursue an academic career, Park recruited Lim, who is fluent in Korean, English, Cantonese and Mandarin. With the addition of Lim, Park ramped up the group’s overseas activities. “I personally taught the girls English,” Park said on a recent talk show.

Park, who achieved success as a singer and songwriter as well as a producer, entered the American market long before the Wonder Girls made their U.S. debut. Park trained Jung Ji-hoon, who went on to make a name for himself at home and abroad as the heartthrob Rain. However, Rain left JYP in 2007 when his contract ended to start his own entertainment company.

In 2005, Park told his partners at JYP that he wanted to enter the American market not as a performer, but as a songwriter.

“The song ‘How to Avoid the Sun’ on Rain’s second album was my 23rd song that became No. 1 on the Korean charts,” Park said on the talk show. “I needed to go for something more challenging, whatever the outcome.”

Park said that’s when he decided to enter the U.S. market at his own expense after investors’ dissented.

According to Park, investors thought the “walls were too high,” but he “obstinately insisted” and finally negotiated a deal.

“They told me I should go at my own expense and that I would have to come back if I didn’t reach the Top 10 on the Billboard chart within a year with one of the songs I sell,” said Park. 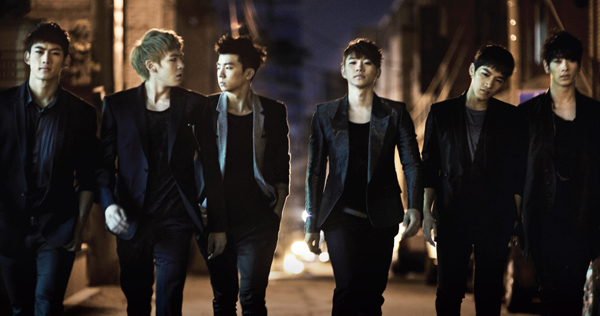 
Despite doubts about Park’s “empty passion,” he sold his song “The Love You Need” to Maze and it rose to fourth with only a month to the one-year deadline.

“It was like a dream coming true. I was able to achieve that goal within 11 months of my stay in the U.S.,” said Park. Soon after, he received a call from Will Smith’s agency. The agency purchased “I Wish I Made That,” which was on Smith’s album “Lost and Found.” The album ranked sixth on the Billboard chart.

“They asked me how much I receive for a song, so I told them just pay me whatever you pay rookie songwriters,” said Park. “They paid me 15 million won ($13,290), more than I receive in my home country, where I am already quite famous.”

As an “unknown Asian songwriter,” Park said, he had to be persistent.

“I wanted American artists to listen to my songs without any prejudice so I used JYP as my name instead of my surname Park because it sounds so Korean,” he said.

“I visited the agencies every single day. I guess no one does that but Koreans. I talked to the receptionist and asked her to pass it onto the artist or the manager. And the next day I went and asked if she had passed it onto them and if not, I’d go again the next day, until she does.”

Park is known to live a well-ordered life. On a recent talk show, he showed his two-story house and described his daily routine.

“I’ve been getting up at 8 a.m. every single day for the past 17 years. I then drink a cup of soybean milk and a spoon of honey. I eat at least two different fruits, then a cup of veggie drink. All this takes 15 minutes,” said Park.

Park said he then stretches for 30 minutes to a tune he wrote 17 years ago, does vocal exercises for another 30 minutes and works out for the next two hours.

His disciplined lifestyle rubs off on JYP artists and trainees.

“We love performing on global stages because we can experience different cultures and learn a lot while doing what we love at the same time,” said Lim. “I know this is possible because of the support from our producer, Park, and the company.”

The Wonder Girls and 2AM


Lim said Park’s focus on “education” for his artists and trainees helps them to “connect better with international fans.”

“Starting from learning how to say hello in their own language already makes our fans in the country happy and amazed,” said Lim. “We never neglect the effort to study foreign languages.”

In addition, all trainees receive sex education by a professional upon joining the agency. Rain had to read newspapers, both conservative and liberal, and submit an essay to Park every morning. During their stay in New York, the Wonder Girls got a course on American politics from Park. JYP is also known to have “must-read” books in the company’s library that trainees must read and submit a report about. Trainees must also maintain good grades at school to stay with the agency.

Park says there’s a reason behind such requirements.

Most K-pop stars start their training in an entertainment agency from a very young age, and they are often excused from attending schools. However, Park says he’s seen so many of them going the wrong way after losing their popularity.

“It hurts to see them in such a situation. Actors or actresses can take minor roles at least, but singers, if they lose the popularity, they have to pursue another career. In order to do so, they have to be educated and prepared,” said Park.

Although it may look like all entertainment agencies prefer prodigies, Park said he tends to select those who are “soft-hearted.”

“I get more attracted to those who look like they need my help. And I like those who are pure and innocent. Those who can’t hide their feelings as they are revealed in their face expressions,” said Park on the talk show.

“There may be an artist or a trainee in JYP lacking in singing ability compared to other artists in other agencies, but there’s no trainee or an artist in JYP who looks unnatural or artificial.”