Police are questioning three Korean men on suspicion of killing a rich Korean businessman in the Philippines and burying the body in concrete.

The Gangnam Police Precinct reported yesterday they are looking into a murder case of a man, surnamed Jeong, and probing three suspects in the case who allegedly killed Jeong and buried him in the backyard of a leased house in Angeles City, Philippines. The police are also tracking down another suspect, who is now a fugitive, in the same case. 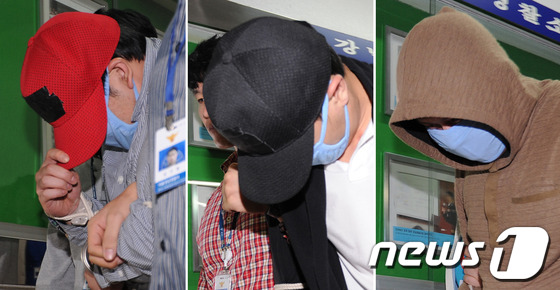 According to the police, the four accomplices abducted the 41-year-old victim on Aug. 21 in Manila and took him to Angeles City by car, a two-hour drive north of the capital.

The police said Jeong and the four suspects knew each other and the victim had a reputation for a successful investment business.

The police reported one of the suspects, identified only by his surname Kim, lost over 100 million won ($88,800) in gambling between Aug. 18 and 20, one day before the abduction.

After the gang of four abducted the 41-year-old businessman they made him give them the password for the safe in his house in Manila. The autopsy performed on Jeong’s body by the local investigative body showed signs of strangulation.

The suspects are reportedly denying they intentionally killed Jeong, claiming they put duct tape over Jeong’s mouth and he was later found dead.

“Despite their claim, the fact that they abducted someone they had known before raises the possibility for intentional murder,” said a police officer in investigation.

After gaining the combination to the safe, one of the four culprits went to Manila to steal the contents of Jeong’s safe. The suspect sent back to the capital the cash and goods from the safe worth about 30 million won and fled the Philippines to an undisclosed third country right before the investigation began.

It was also discovered that the four culprits, who had known each other for over a decade, signed a one-year lease contract for a house after they killed Jeong in which they buried the victim in the backyard in concrete to cover up the crime.

The victim’s family filed a missing person report with the local police as they had failed to contact him since the abduction took place on Aug. 21.

The Filipino police tracked down phone calls made by Jeong and succeeded in arresting the three suspects. After the suspects admitted the crime the police found the body on Saturday.