In ‘Company Man,’ murder is business as usual

In ‘Company Man,’ murder is business as usual 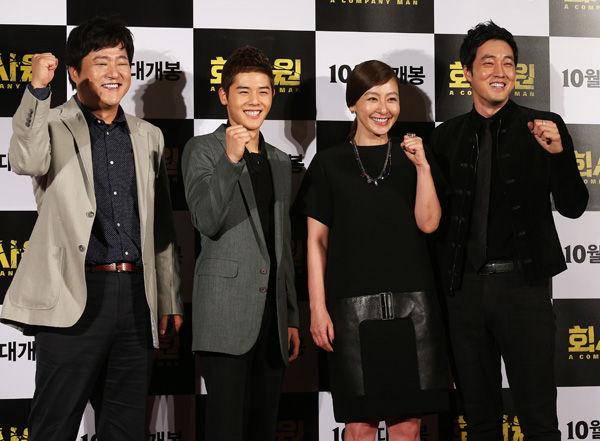 The upcoming thriller “A Company Man” features, from left, Kwak Do-won and Kim Dong-jun, with Lee Mi-yeon and So Ji-sub in the lead roles. It is the first feature film in five years for the 40-year-old Lee. [YONHAP]


Sometimes the most shocking thing imaginable is not some extraterrestrial monster, mysterious deadly disease, horrible war or natural disaster. Rather, it is the unseen evil in our midst.

“A Company Man” poses just such a scenario.

The debut feature by director Im Sang-yoon centers on Hyung-do (played by So Ji-sub), a seemingly rank-and-file employee at a metal fabrication company that is actually a front for an organization of hit men. Hyung-do is regarded as one of the best hit men at the “company” that hired him as a section chief in its sales division.

One day, the protagonist gets an assignment where he meets a married woman Su-yeon (played by Lee Mi-yeon) and instantly falls in love. Feeling guilty about his bloody past, the contract killer tries to quit the “manufacturer” and becomes the target of his former colleagues who try to hunt him down.

Im previously worked as an assistant director for the mystery-horror films “Cadaver” and “Shadows in the Palace” as well as the melodrama “The Old Garden,” all of which were released in 2007.

While “A Company Man” might remind many of Lee Jung-sub’s hit film “The Man from Nowhere” (2010), Im is quick to deny any connection between the two thrillers.

“We have a different motif,” he says. “The 2010 movie tells the story of a man fighting for a young girl, but the hero from ‘A Company Man’ stands up against a company to which he once belonged.”

The upcoming film attracted media attention because of a cast that features the popular but rarely seen actress Lee Mi-yeon. “A Company Man” is her first feature film since “Love Exposure”(2007).

Even though the 40-year-old Lee was the veteran on the set, she didn’t expect any special treatment. “I can’t hang out with my junior co-stars if I don’t say hello to them first,” she said during a press conference at a multiplex theater in eastern Seoul on Wednesday. “I tend to be cast in roles that require a strong charismatic presence, but this time I wanted to lift that burden [by performing a different kind of a character].” 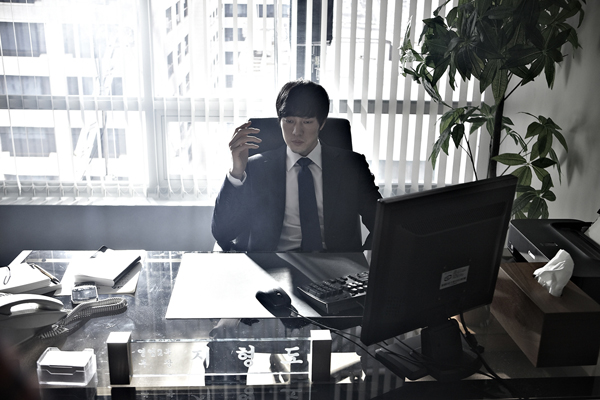 After reading the script, it didn’t take long for So Ji-sub to accept the role of the hit man Hyung-do in “A Company Man.” Provided by Younghwain


She made her name by appearing in the TV series “Empress Myeongseong” in 2001-2002 where she played the strong-willed last empress of Korea.

She returned to the drama scene by starring in “The Great Merchant Kim Man Deok,” playing a main character determined to become a successful merchant in the Joseon era (1392-1910).

For his part, So Ji-sub said he liked the script of the movie so much that it took him less than five hours to accept the role.

“I thought this is the movie that I want to take part in. It doesn’t exaggerate the dark image of the contract killer, and he does his job as business as usual,” the 34-year-old actor said.

So also commented on how difficult it was to film the violent scenes, saying, “Director Im would not continue if we didn’t play an excellent action scene.”

“A Company Man” is scheduled to open in theaters on Oct. 18.