‘Dokdo is not going away’

‘Dokdo is not going away’ 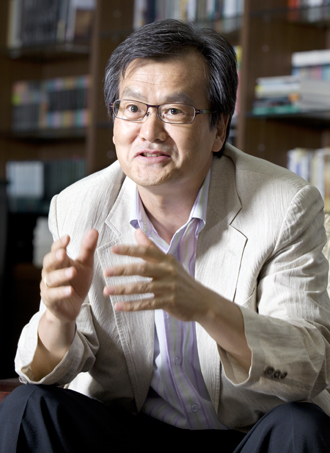 Korea should reduce the intensity of diplomatic conflict with Japan over the Dokdo islets and adopt a low-key approach on the territorial issue, said Chung Jae-jeong, president of the Northeast Asian History Foundation.

“There was not much tension between Korea and Japan over Dokdo [until President Lee Myung-bak visited the islets on Aug. 10],” Chung said in an interview with the Korea JoongAng Daily as he wrapped up his three-year term, which ends Sunday.

Chung, 61, shared views on the Dokdo controversy and the role the foundation has played since being established in 2006 to deal with distortions of history by Japan and China.

“It would have been best if Korea was able to prevent such tension from growing because things were favorable to us because we control the islets,” he said. “Japan has started to react strongly [in claiming its territorial rights over Dokdo], and this will be a big burden for Korea. It’s important for Korea to try and reduce the intensity of diplomatic conflict and make sure the issue is forgotten by the people from both countries.” 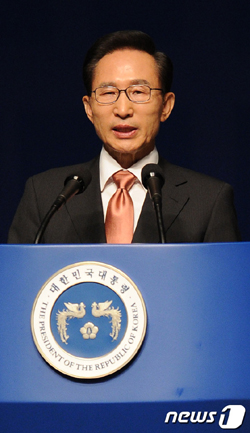 Q. What solution do you think there is for Korea and Japan regarding Dokdo?

A. It would have been best for Korea to maintain the status quo by emphasizing that Korea holds effective control over the islets. But now [after President Lee’s visit], things have changed. Japan is reacting strongly and arguing its territorial rights over Dokdo. There is a possibility that conflict surrounding Dokdo will deepen. Ten years ago, a majority of Japanese did not know much about Dokdo. They had no idea why there is controversy over Dokdo. Over the past month or so, however, many Japanese came to know about Dokdo and think the islets are part of their territory. Such a stance is a big problem for Korea. It will help if leaders of both countries try to reduce the significance of the Dokdo controversy in bilateral relations. The less tension, the more favorable position Korea will be in dealing with the issue.

The Japanese government has started publishing advertisements in its local newspapers renewing claims over Dokdo. What evidence is there for Korea to refute Japan’s claims?

There is a lot of evidence. Let me explain one of them. Japan claims that it incorporated Dokdo into its territory in 1905 but there are historical documents that state Dokdo as Korean territory more than 600 years before then. In Sejong Sillok Jiriji [roughly translated as the Geography of the Annals of King Sejong’s Reign in 1454], it is recorded that Ulleung Island and Dokdo are facing each other and on clear days Dokdo can be seen with the naked eye from Ulleung Island.

How should Korea respond to Japan’s claims?

The foundation has analyzed the past 60 years of territorial conflict between Korea and Japan over Dokdo. We were able to find that there were around 500 separate conflicts, including verbal arguments. The pattern we were able to find is that whenever Japan comes up with unreasonable claims, Korea has reacted by installing a lighthouse, or a docking facility. I think Korea has responded effectively because Korea was able to enhance its control over the islets. We should continue doing so.


What role has the foundation played so far in resolving conflicts in Northeast Asia?

When we were established, there was deep conflict between Korea and China over ancient history issues including Goguryeo and Balhae. Also, there was tension growing with Japan over Dokdo. The foundation was founded to deal with such overall issues. Over the past few years, we have conducted basic research on various historical topics involving Northeast Asian countries and have collected much data and information. We have also held symposiums inviting scholars from China, Russia, Vietnam, the United States and Germany and now we have established a large network in the field of research. The foundation, I think, is a unique think tank in Asia that aims to lead historical conflicts to reconciliation. And there have been improvements. There are now more scholars in other countries that support Korea’s position and those that were not interested in historical issues became more aware of their importance.

There is territorial conflict also between Japan and China over Senkaku Islands, which are called Diaoyu by the Chinese. What do you think has caused conflicts to happen in the Northeast Asian region?

One of the causes is that Japan has failed to set things in order after the Pacific War in 1940s. Japan did not settle post-war issues including territory. For example, when Japan and 48 nations discussed post-war measures and signed the San Francisco Peace Treaty, Korea, China and Russia did not participate. [There was no direct mention of Japan giving up Dokdo in the treaty]. Another cause would be that all three countries are strongly nationalistic. No country is able to give up its history and territory.

Today, the foundation is opening the Dokdo Museum Seoul so visitors are able to learn about Dokdo. What role will the museum play?

Koreans know that Dokdo is part of our territory but when foreigners ask why, based on what evidence, people are not able to answer properly. At a time when Japan is arguing its territorial claims, Koreans must know how to react and respond to those claims.