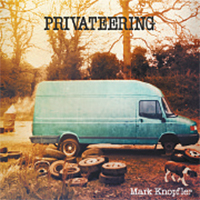 Mark Knopfler, the British guitarist best known as the frontman to Dire Straits, returns with his seventh solo record, the subtle “Privateering’’ that’s a moody and entrancing musical travelogue spread over two discs.

Employing world-class musicians, like Tim O’Brien on mandolin, the 63-year-old Knopfler uses his increasingly world-weary voice to spin tales of gamblers, lovers and seafarers from across the globe over the 20 original tracks.

O’Brien is just one of several guests who add layers to the sound not typically heard in popular music, including whistle, flute, pedal steel, harmonica, fiddle and accordion.

Along the way Knopfler delves into country, blues, Celtic folk and rock, melding the different styles into a cohesive whole.

On “Seattle,’’ Knopfler picks his acoustic guitar to tell the story of two people falling out of love, despite their shared affection for the rainy city. 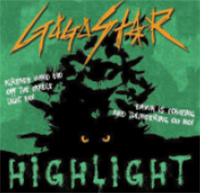 GoGo Star definitely caused a “Panic Attack” with their new EP, “Highlight.” As usual, the disco punk-rock band’s new EP is filled to the brim with energy, but “Panic Attack” is far more wild. It feels like you are on a roller coaster ride that you want to go on at least a dozen times more. Frank lyrics with a new guitar sound in the background make the song exhilarating, punkish and addictive to the ear.

GoGo Star is known for electronic music mashed with rock and psychedelic influences. Usually a lead guitar would be considered the most important element in a rock band, but GoGo Star substitutes this sound with special effects, making their songs quite electronic while still punk.

For GoGo Star, romantic love songs were not their thing, but the new EP’s title song “Runway” is a love song with unexpected, bizarre twists in the end, which will definitely not let down hard-core punk rock fans.

They did try something new to include in their new EP, but definitely in their own style. 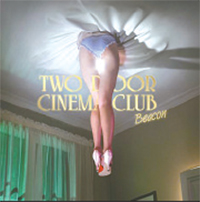 Two Door Cinema Club blasted onto the airwaves in 2010 with its debut “Tourist History.” The group’s wistful and perfectly-constructed ditties about youth and love lodged them firmly in the indie set and spread optimism through the hearts of losers and geeks with a positive love song, “Something Good Can Work.”

With its second album “Beacon,” the Northern Ireland trio keeps that flame alive. The band continues its shoe-gazing style but with added twists. There’s an electro spin on some of the tracks, showing the boys are capable of concocting more than guitar riffs, and they’ve gained more swagger since the release of their debut.

Precision is key with Two Door Cinema Club songs and they never miss a beat throughout “Beacon.”

First single “Sleep Alone” pulsates with a steady drumbeat and is melancholic and full of yearning as Alex Trimble sings, “Hold me close/I’ve never been this far from home.” And “Handshake” is interestingly punctuated with an electronic pulse throughout. AP