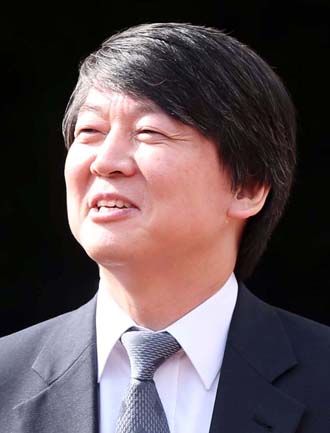 Ahn Cheol-soo, the software mogul-turned-scholar, will make a formal announcement about whether he will run for president tomorrow.

“Ahn will have a press conference at 3 p.m. on Wednesday at the Salvation Army Art Hall in Chungjeong-no, central Seoul,” Yoo Min-young, spokesman for Ahn, said yesterday. “He will explain to the public about the process of collecting opinions and his decision, and answer reporters’ questions.”

The 50-year-old dean of Seoul National University’s Graduate School of Convergence Science and Technology will also introduce members of his campaign, sources told the JoongAng Ilbo. Ahn also created a Facebook page dedicated to the event to inform the public. It was widely expected that Ahn would announce a presidential bid this week. He said last week he would announce his decision within a few days of the Democratic United Party’s selection of its presidential candidate.