DUP nominee steps out of shadow of his friend and mentor

DUP nominee steps out of shadow of his friend and mentor 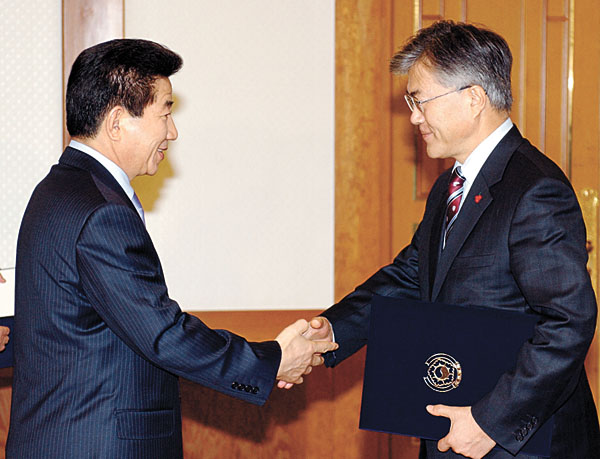 Moon Jae-in, the presidential nominee of the Democratic United Party, is known as the man in the shadow of the late President Roh Moo-hyun. He and Roh challenged the dictatorship together as human rights lawyers in Busan in the 1980s. Moon ran Roh’s 2002 presidential campaign from Busan, and was the Blue House chief of staff after he won. He took charge of Roh’s funeral after he committed suicide in 2009, and became chairman of the Roh Moo-hyun Foundation.

But it was Roh who went into politics and faced the voters. Moon was the back-room man.

But finally, last April, he ran for the National Assembly in the conservative’s stronghold of Busan and won. 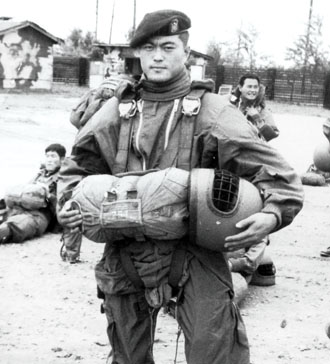 Moon served as an air-borne commando in 1976. [JoongAng Ilbo]

And now he’s running for president. He admits that none of this would have come about without Roh, the central figure in his life. As he wrote in a memoir, “Destiny,” published in 2011: “You [Roh] have been freed from our destiny but I’m still here doing work that you have left.”


Moon was born to a poor family in Geoje, South Gyeongsang, in 1952 in the middle of the 1950-53 Korean War. His parents, who were originally from Heungnam, South Hamgyeong Province, left North Korea for the South. The family was so poor that whenever Moon talks about his childhood, he mentions how he helped his mother deliver charcoal briquettes to scrape by.

Moon went to Gyeongnam Middle School and Gyeongnam High School in Busan. He was smart and got good grades, but he wasn’t a model student. There were many students from well-known or rich families in Moon’s middle and high schools, and, resenting them, Moon read magazines that criticized Korean society, smoked cigarettes and drank liquor. He was suspended after having a fight with a friend. At the time, Moon recalls, he was known as a “problematic kid.”

Moon was admitted to Kyunghee University as a law student in 1972. But things didn’t go smoothly. He chose the path of student activism against President Park Chung Hee, the strongman father of his challenger in the December presidential election, Park Geun-hye. He was expelled from school and jailed at what is now Seodaemun Prison History Hall. After he was released, he received notice of his military duty and was enlisted in the Special Forces. 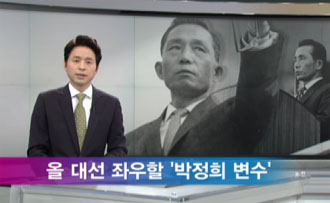 Moon’s father suddenly died after he left the military. He had wanted to show his father he could succeed in something. He returned to law studies in 1980 but was again arrested. He got word that he had passed the bar exam while in jail at the Cheongnyangni Police Precinct.

In 1982, Moon completed his training at the judiciary institute. He was the second best student in the batch, and received an official commendation for his work. But he was not appointed a judge because of his past as an anti-government demonstrator. Moon rejected scouting calls from large law firms and decided to go to Busan, where a number of human rights lawyers were based. One was Roh Moo-hyun.

A lawyer friend introduced Moon to Roh. In many interviews, Moon said that he and Roh were “destined” to meet. Their friends say if it wasn’t for Moon, there would be no Roh, and vice versa.

The two became partners in a law firm in Busan, mainly dealing with human rights issues. In 1987, they were both invited to join politics. Roh decided to run for the 13th National Assembly the following year. Moon encouraged him, and said he’d remain as lawyer in Busan. In 2002, Moon ran Roh’s presidential campaign in Busan.

After Roh was elected President in 2002, he convinced Moon to be responsible for government matters and placed him in the Blue House as a senior secretary for civil affairs. But after a year he was squeezed out by rivals. He left the Blue House in February 2004. He was requested by the then-ruling Uri Party lawmakers to run for a lawmaker seat in the April 2004 general election but he turned them down.

Instead, he and his wife left Korea behind to go trekking in the Himalayas. One day he picked up a copy of the International Herald Tribune at his hotel and read an article about the National Assembly planning to impeach Roh. Moon immediately returned to Korea and joined as the head of Roh’s legal defense team.

After Roh’s reinstatement, Moon joined the Blue House again and carried out roles as senior presidential secretary for civil society from 2004 to 2005 and senior presidential secretary for civil affairs from 2005 to 2006. He also served as the last chief secretary of the president from 2007 to 2008 when he led the second South-North Korea Summit in 2007. After the suicide of Roh in May 2009, Moon was very prominent as the trusted aide who took charge of Roh’s funeral. But running for office didn’t appeal.

That changed, he says, after a by-election in 2011 in Gimhae, South Gyeongsang. Gimhae is the Roh’s hometown, where Bongha Village is located. It is also where he died. In the by-election, the unified liberal candidate Lee Bong-su was defeated by ruling Grand National Party (now the Saenuri Party’s) Kim Tae-ho.

After the loss, Moon thought, “A change in power is necessary and that’s what the liberals should work together for.”