Chaebol-bashing not the solution, says economist

Chaebol-bashing not the solution, says economist 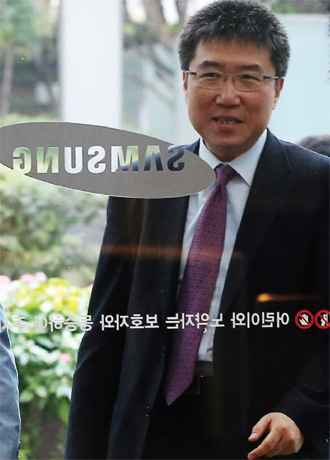 Economic democratization, a hot-button issue in Korean society, should be considered a separate matter from the need to reform chaebol, according to Chang Ha-joon, a professor of economics at Cambridge University who is known for espousing his anti-neoliberalist views.

Chang was speaking to scores of CEOS as a guest lecturer at Samsung’s headquarters in southern Seoul’s Seocho District yesterday. The meeting, a regular event for Samsung CEOs, sees experts and academics from various fields invited to give their views on a range of topics.

Chang chose the broad theme of “the direction the Korean economy should take.”

“I don’t agree with those who argue that economic democratization is equal to reforming chaebol by relying on shareholder capitalism,” he said, adding that “fostering a welfare-centered country” was much more important. He said the idea of economic democratization, a recently coined term, has arisen from the perception that conglomerates could not have grown without the support and sacrifice of citizens and smaller firms.

Liberal politicians and civic groups have become more vocal lately in calling to impose tighter controls on the governance structure of large conglomerates amid their growing influence. Among other demands, they advocate banning the circular shareholding system and cross-investment between commerce and finance. They also support an idea billed as shareholder capitalism, a doctrine that places shareholders’ dividends as the top goal of management, rather than the company’s profit.

Despite being labeled as a liberal, Chang showed yesterday that his views differ from those held by most other liberal economists.

“There are some criticisms against chaebol diversifying their business portfolios, but such a phenomenon can be found in all advanced capitalist countries,” he said. “If they were supposed to run only their core businesses, Samsung should still be producing textiles and sugar, while Hyundai should be leveling the ground for construction.”

The 48-year-old described conglomerates’ controversial cross-shareholding system as an “inevitable choice” in the past, because the government at the time prohibited the establishment of holding companies.

The Korean-born academic has written several provocatively titled books, including “Bad Samaritans” and “23 Things They Don’t Tell You About Capitalism.” In them, he famously argues that today’s economic powers became rich on the back of protectionism.