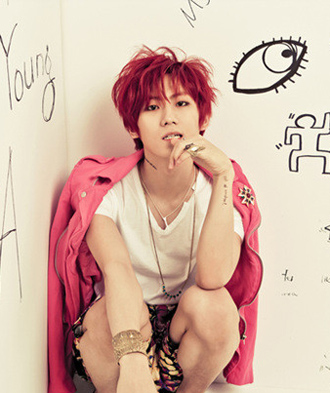 Beast’s Jang Hyun-seung has kept vigil for two days straight at a hospital after his father suffered a heart attack. He passed away early Thursday.

“It was unexpected, and Jang is devastated,” a spokesperson from the agency said.

Jang was accompanied by his mother and younger sister as friends and family paid their visits.

The funeral service is set to take place today in Namyang, Gyeonggi.

Last year he rose to prominence by forming a sub-unit duo with Hyun-a from 4Minute. The two called themselves Trouble Maker and released a single by the same name.

The EP was a hit and the performance by the two idol group members was regarded as one of the hottest of the year with the two enacting steamy exchanges on stage.

Last month, before the release of “Midnight Sun,” the group staged a fan meet in Tokyo.
By Carla Sunwoo