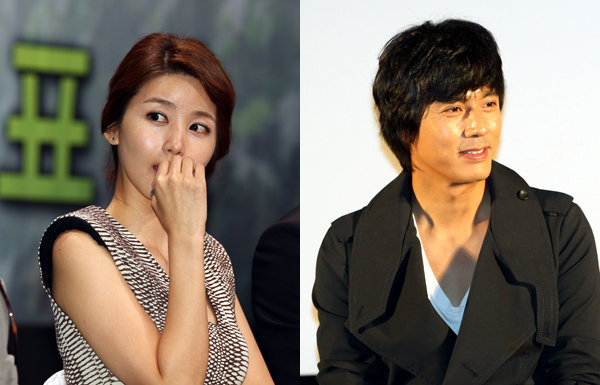 
Han Jae-suk and Park Sol-mi are telling different tales after news broke that the couple has split.

After more than a year together, Edaily reported that the two actors parted ways earlier in the year.

Although Park’s agency did confirm this, Han’s agency said the entertainers were still together.

“I don’t know why such a lie surfaced,” said a spokesperson from Han’s agency. “They are still together.”

Meanwhile, in the original news item by Edaily, a source close to the two said that Han being in China led to the parting of ways.

“As Han was based in China, naturally they saw less of each other,” said the source. “Both are of ages where they are thinking about marriage, and in light of this, they decided to break up.”

The two began dating in the middle of last year when unfounded rumors linked the two together. The agencies announced in May 2011 that as the two began reacting to the rumors of their dating, they started texting and eventually became lovers.
By Carla Sunwoo