An alternative boarding school reserved for student defectors from North Korea opened near Seoul yesterday to help them adapt to Korean society, the school’s foundation said.

The Mulmangcho (Forget-me-not) School opened in Yeoju, Gyeonggi Province, some 105 kilometers (65 miles) southeast of Seoul, to teach adolescent defectors under the age of 23, according to the Dream Makers for North Korea, a private organization that set up the school. 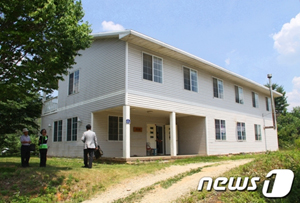 According to government data, a total of 1,681 elementary, middle and high school students fleeing from the communist country resided here in 2011, with primary school students accounting for 60.7 percent of the defector students below college age.

The dropout rate of defectors in schools hit 4.7 percent in 2010, higher than the corresponding rate for ordinary students, estimated at around 1 percent, data showed.

The school said each students will receive a customized education program according to his or her interests and abilities.

The school will also provide their parents with counseling services and dental treatment, it added.

“There is a handful of schools for defectors, but we try to differentiate ourselves from them by helping students get over past wounds,” principal Kim Jung-soo said. “The school aims to raise young North Korean defectors as mature citizens of our country. I expect them to play a key role in achieving peace in Northeast Asia and the unification of the Korean Peninsula in the 21st century.”